'No talks with Israel until settlement plans cancelled'

Talks with Israel will remain suspended until cancelling settlement expansion plans and accepts a ceasefire with the Palestinians, Negotiator Saeb Erekat said Tuesday. 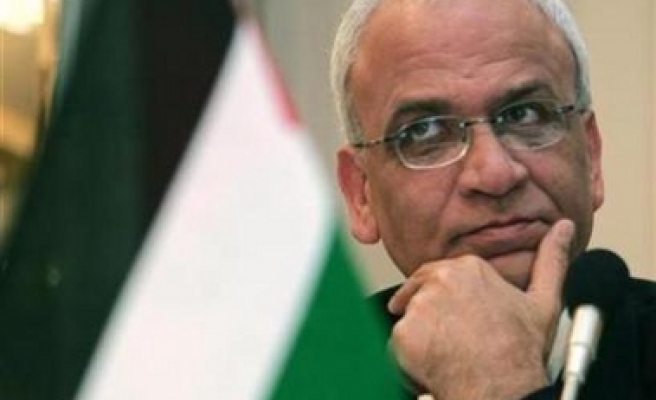 Peace talks with Israel will remain suspended until Jerusalem cancels a decision to expand settlements and accepts a ceasefire with the Palestinians, a Palestinian Authority official said Tuesday.

Negotiator Saeb Erekat told Voice of Palestine Radio that an upcoming three-way meeting between Israeli and Palestinian representatives and US envoy General William Fraser "does not mean the negotiations have been resumed," but "comes in the context of implementing" the first phase of the international "road map" peace plan.

Palestinian President Mahmoud Abbas stpped the negotiations last week, in response to an Israeli air and ground offensive in the Gaza Strip which left over 120 Palestinian dead.

Abbas said later he would resume the talks.

But Israel raised Palestinian and international ire by announcing plans to build 700 new housing units in East Jerusalem, which is captured in the 1967 war and has since annexed.

Palestinians regarded East Jerusalem as part of the West Bank and want it as the capital of their future state.