For more than 20 years, the bearded World War Two veteran, who spent eight years in Stalin's camps for criticising the Soviet dictator, became a symbol of intellectual resistance to the Communist rule. 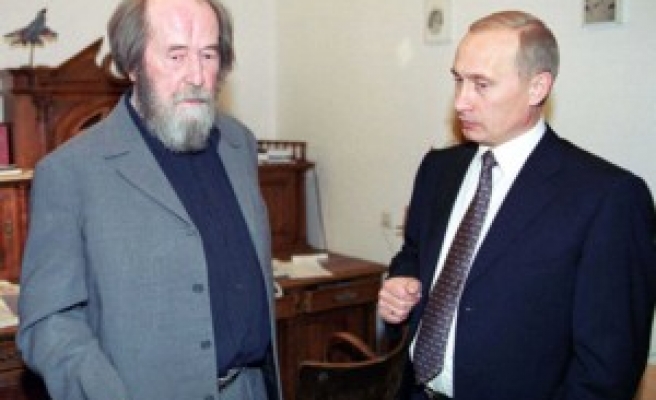 "President Dmitry Medvedev expressed his condolences to Solzhenitsyn's family," a Kremlin spokesman said. Members of the writer's family could not be contacted immediately.

For more than 20 years, the bearded World War Two veteran, who spent eight years in Stalin's camps for criticising the Soviet dictator, became a symbol of intellectual resistance to the Communist rule.

His monumental work "The Gulag Archipelago", written in secrecy in the Soviet Union and published in Paris in three volumes between 1973 and 1978, is the definitive work on Stalin's forced labour camps, where tens of millions perished.

A short-lived policy of de-Stalinisation by the then Soviet leader Nikita Khrushchev made possible the publication in 1962 of Solzhenitsyn's "One Day in the Life of Ivan Denisovich", which described the horrifying routine of labour camp life.

Other literary works, including a series of historical novels and political pamphlets, were banned from publication in the Soviet Union, where their distribution was made a criminal offence.

Major works including "The First Circle" and "Cancer Ward" brought Solzhenitsyn world admiration and the Nobel Literature Prize in 1970.

Four years later, he was stripped of his citizenship and put on a plane to West Germany for refusing to keep silent about his country's past, and became an icon of resistance to the communist system from his American home in Vermont, where he remained until his triumphant return in 1994.

In 1989, the last Soviet leader, Mikhail Gorbachev, allowed the publication of Solzhenitsyn's works as part of his "perestroika" reforms and restored his Soviet citizenship.

However, Solzhenitsyn refused to return to Russia until after the Soviet Union collapsed, marking his comeback in 1994 with a long train journey from Vladivostok on the Pacific coast to Moscow.

Solzhenitsyn remained critical of what he saw as the decadence of post-Soviet Russia and had little time for Western-style democracy, which he felt was not a solution for his homeland.

"The main achievement is that Russia has revived its influence in the world," Solzhenitsyn said in his last television interview last year. "But morally we are too far from what is needed. This cannot be achieved by the state, through parliamentarianism ...

"As far as the state, the public mind and the economy is concerned, Russia is still far away from the country of which I dreamed."