Bangladesh Nobel Peace Prize winner and micro-credit pioneer Muhammad Yunus announced that he had abandoned his plan to form a political party. 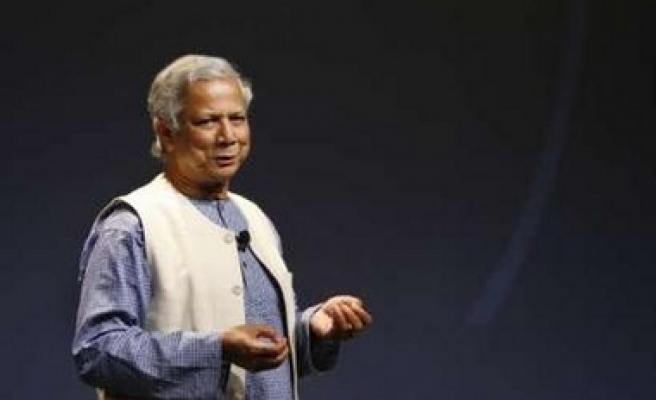 Bangladesh Nobel Peace Prize winner and micro-credit pioneer Muhammad Yunus announced that he had abandoned his plan to form a political party.

"I decided to enter into politics because of your support," Yunus said in an open letter Thursday. "Now... I am informing you that I am not going to form any political party."

"I had a plan... but I came to understand that it is not possible and so accepting this reality I decided not to go forward," he added.

Yunus and his Grameen Bank, which specialises in lifting people out of extreme poverty by giving small loans to the very poor, were jointly awarded the Nobel peace prize last October.

Bangladesh has been ruled by a military-backed emergency government since January after a political crisis led to elections being cancelled.

Yunus had pledged that his party would offer an alternative to the two main political parties which have dominated Bangladesh's notoriously dysfunctional politics for decades.