Backed by her parents, a 10-year-old Hindu girl, non-Muslim, who has learnt Arabic is in the process of memorizing the Koran to become a 'Hafiz', says a teacher at a madrassa near here. 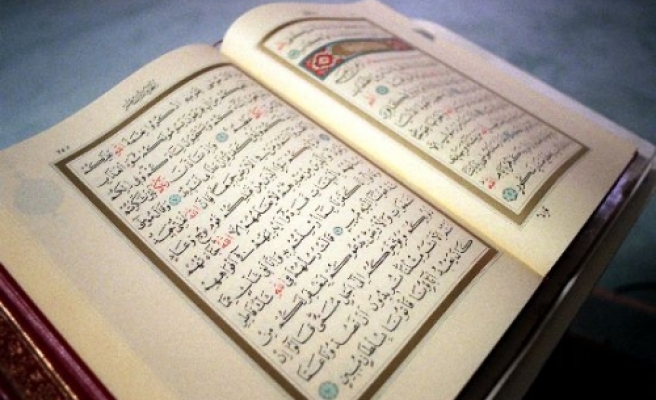 Backed by her parents, a 10-year-old Hindu girl who has learnt Arabic is in the process of memorizing the Koran to become a 'Hafiz', says a teacher at a madrassa near here.

Hemlata, alias Shabnam, has been memorising the holy book at Madrassa Madinatul Uloom in Khagaul near Patna for the past few weeks.

"First she learnt to read Urdu followed by Arabic and is now memorising the Koran, a rare thing for a non-Muslim girl. It all appears to be god's wish," said Hafiz Azam, a teacher at the seminary.

Hafiz is a term used by Muslims for people who have completely memorized the Koran. Such people are allowed the privilege of using the title Hafiz before their names. They win this title by passing one or more tests. In one such test, they are asked to recite from memory a passage taken randomly from the Koran.

Dressed like a devoted Muslim girl, Hemlata covers her head to join a group of Muslim students of her age daily to memorise the Koran at the madrassa. "I want to become a Hafiz by memorising the holy Koran," she said.

The Koran is divided into 114 Surahs (chapters), containing approximately 6,200 verses comprising some 80,000 words or 330,000 individual characters.

Hemlata, a Class IV student, said she was eager to achieve the feat at the earliest. "I will work hard," Hemlata told IANS.

Hafiz Alam said: "It is a difficult process to memorise the Koran, and she will have to devote four years to achieve her goal."

Hemlata's parents are proud of their daughter. "We are happy and encourage her," said her father Dilip Kumar Choudhary. Now, her younger brother, Ashish Vidyarthi, also wants to emulate her.