North Korea has invited UN inspectors to discuss the shutdown of its nuclear reactor, saying that a financial dispute with the US, which blocked a disarmament deal, is in its "final phase". 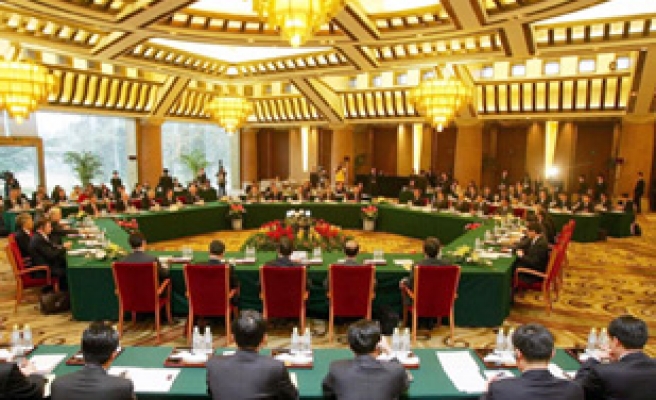 
The agency said: "A working-level delegation of the IAEA has been invited to visit North Korea as it is confirmed that the process of de-freezing the funds of the DPRK at the Banco Delta Asia (BDA) in Macau has reached its final phase."


Ri asked the IAEA to discuss verifying and monitoring "the suspension of the operations" of Yongbyon under the February 13 six-nation agreement, which included the US, China, Japan, North Korea, Russia, and South Korea.

Yongbyon is thought to be North Korea's only operating reactor.

North Korea, which staged its first nuclear test in October, has said repeatedly it would start honouring the February pact as soon as it receives $25 million which had been frozen in BDA since 2005 at US instigation.

The US said the funds were held because they were suspected money-laundering and counterfeiting proceeds.

On Thursday, $20 million was sent from BDA to the New York Federal Reserve and on to a Russian bank where the North was to collect it.

The US decided to unfreeze funds in March but had problems finding an international bank to handle the transfer.


Christopher Hill, the chief US nuclear envoy, visiting Mongolia, was quoted as saying that further technical problems occurred as funds were sent to the Russian bank.


Hill said the problems would be resolved by Monday and that six-nation nuclear talks could resume in July, he was quoted as saying.


Despite the invitation to UN inspectors, North Korea did not make an outright commitment to shutdown the reactor.