ElBaradei spoke about the possibility of setting up a uranium enrichment facility under international control to provide nuclear fuel to countries needing it. 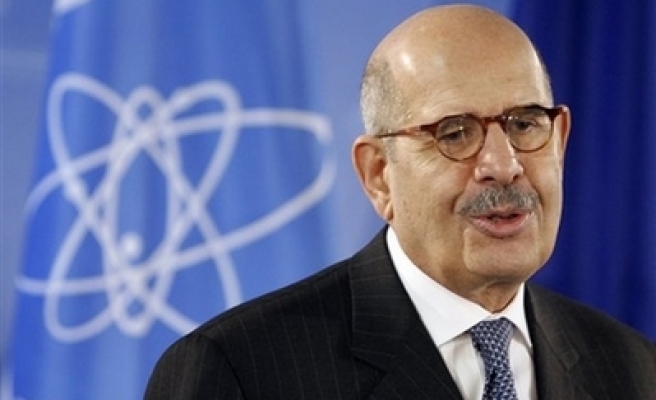 In prepared remarks released from IAEA headquarters in Vienna for the two-day conference, which was being held in closed session, ElBaradei spoke about the possibility of setting up a uranium enrichment facility under international control to provide nuclear fuel to countries needing it.

A growing number of countries were investigating the use of nuclear power to generate electricity, both because fossil fuels were being depleted and because of the dangers of global warming, he said.

"I believe it is possible - and indeed essential - to create a new mechanism that will assure supplies of nuclear fuel and reactors to countries which want them, while strengthening non-proliferation through better controls over the sensitive parts of the nuclear fuel cycle," ElBaradei said.

The sensitive parts were uranium enrichment and plutonium separation, he made clear.

"This is, clearly, a tall order," the UN nuclear chief said.

A total of 80 envoys from 32 countries are participating in the conference that is organized by Germany, the Netherlands, and the United Kingdom.

The conference will discuss the Iranian nuclear program, policy on proliferation of nuclear weapon technologies, and Steinmeier's initiative and suggestion on allowing the construction of nuclear energy facilities for civil purposes only under a strict international supervision in interested countries.