Heat from a fierce fire was holding up investigators Friday as they sought the causes of the failure the previous day of two of Germany's nuclear power stations. 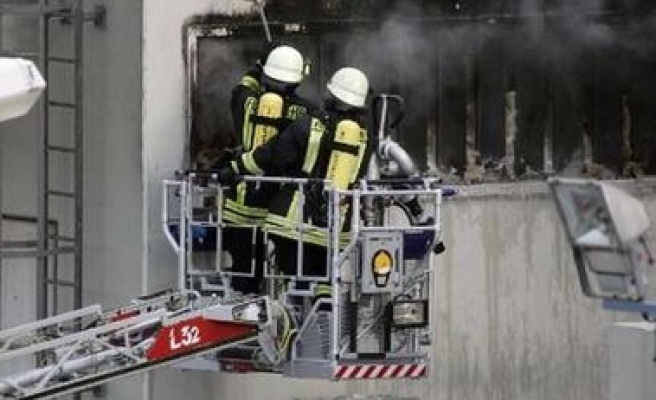 Heat from a fierce fire was holding up investigators Friday as they sought the causes of the failure the previous day of two of Germany's nuclear power stations.

The transformer at Kruemmel Power Station, east of the port city of Hamburg, was destroyed by fire Thursday, 100 minutes after a short-circuit had knocked out another nuclear site at Brunsbuettel on the far side of the city.

Ivo Banek, a spokesman for Vattenfall Europe, which owns both sites, said part of the Kruemmel transformer building had burned through the night, with firefighters and investigators hampered by the intense heat of several hundred degrees Celsius.

German authorities said no radioactivity was released. News reports said the oil-cooled transformer was only about 50 metres from the Kruemmel nuclear reactor, which was not damaged in the fire.

Banek said the Swedish-owned company could no longer rule out a causal connection between the two shutdowns, which led to power outages in Hamburg and halted suburban electric trains for about 30 minutes Thursday afternoon.

'When a big contributor like Brunsbuettel goes offline, you do get voltage fluctuations,' he said.

German Environment Minister Sigmar Gabriel said the outage of the two plants proved that phasing out nuclear power in Germany was necessary on safety grounds.

German legislation requires all 17 existing plants to gradually close by 2021, but operators and centre-right politicians have called for a reprieve so that Germany can hold down its carbon-dioxide emissions.

'The longer a power station operates, the more susceptible it is to malfunctions,' Gabriel said in Berlin.

Prosecutors in the city of Luebeck opened an inquiry into both failures, saying this was a routine response to establish if there had been any human cause.