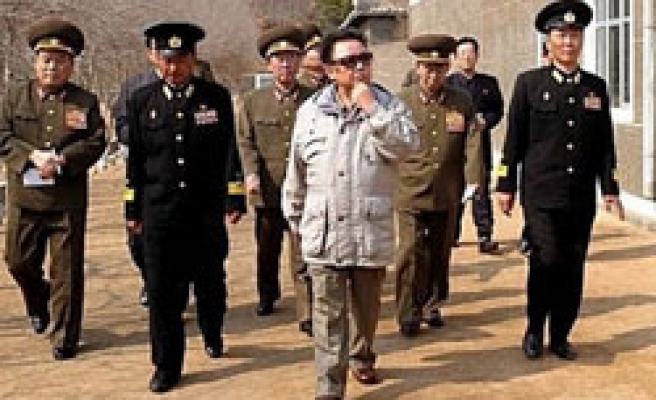 The United States and North Korea had "productive" talks in Pyongyang this week about a long-overdue declaration of North Korean nuclear programs, a senior U.S. official said on Friday.

"They had very lengthy and I think productive discussions," Chris Hill, the top U.S. diplomat for East Asia and the lead U.S. negotiator with North Korea, told reporters after giving a lecture at Brown University in Providence, Rhode Island.

"They dealt with a number of elements that we need to get put in place if we are going to get through this declaration," he added, referring to a declaration of its nuclear programs that North Korea failed to make by a Dec. 31 deadline.

Hill said U.S. diplomat Song Kim had returned to the United States from "three days of very extensive" discussions in North Korea that were expected to focus on how much plutonium Pyongyang may have produced and how to verify this.

"He went with the aim of discussing plutonium and whenever we discuss plutonium we also discuss verification. Verification is inseparable from the issue," Hill said.

The declaration has been held up partly because of Pyongyang's reluctance to discuss any transfer of nuclear technology to other countries, notably Syria, as well as to account for its suspected pursuit of uranium enrichment.

Uranium enrichment could provide North Korea with a second way to produce fissile material for nuclear weapons in addition to its plutonium-based program, which it used to test an atomic device in October 2006.

The United States on Thursday made public intelligence that has led it to conclude that North Korea helped Syria to build a suspected nuclear reactor capable of producing plutonium that was destroyed by an Israeli air strike on Sept. 6.

North Korea's failure to produce the declaration has bogged down a 2005 multilateral deal under which the poor, communist state committed to abandon all nuclear weapons and programs.

The so-called six-party agreement was hammered out among the two Koreas, China, Japan, Russia and the United States.

"What's important in the six parties we need to be able to ensure that every undertaking, every commitment can be monitored and verified," said Hill, a U.S. assistant secretary of state. "You cannot take a commitment that does not have some mechanism for verification attached."

Under the second phase of the six-party deal, once North Korea has produced its nuclear declaration, the United States is expected to relieve it of sanctions under the U.S. state sponsors of terrorism list and Trading With the Enemy Act.

In the third phase, North Korea is expected to dismantle its nuclear facilities at Yongbyon and to abandon any nuclear weapons in exchange for further economic and diplomatic benefits.