Number of injured soldiers rises to 15 in Turkish military blast 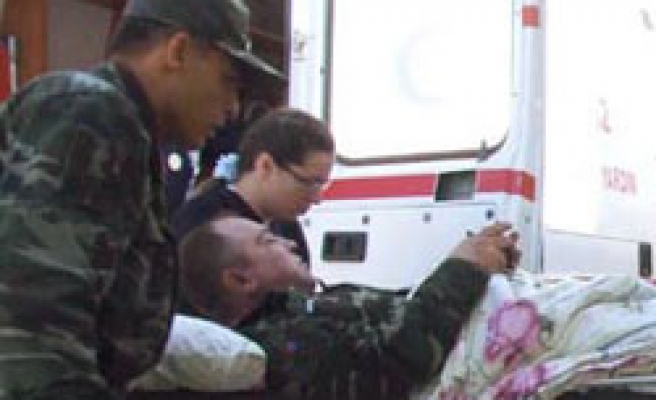 Doctors announced on Monday the number of soldiers injured at a military unit in a southeastern province of Turkey as 15.

Doctors said that 15 soldiers were wounded in a blast that occurred at a military facility in Islahiye town of the southeastern province of Gaziantep.

The injured soldiers were first hospitalized in Islahiye, but six of them were taken to a hospital in Gaziantep to receive treatment for burning. They are Mustafa Konuk, Saban Celikler, Ali Koc, Aytekin Parlak, Huseyin Demirbas and Veysel Turfan.

One of the soldiers named Nurettin Simsek was slightly wounded in the blast and the following fire, and was discharged from a hospital in Islahiye after receiving immediate treatment.

Okur said that the General Staff would make a detailed statement later.