US presidential contender Barack Obama admitted Monday that his campaign had made a mistake by distributing a memo questioning his rival Hillary Clinton’s ties to India and Indian-Americans. 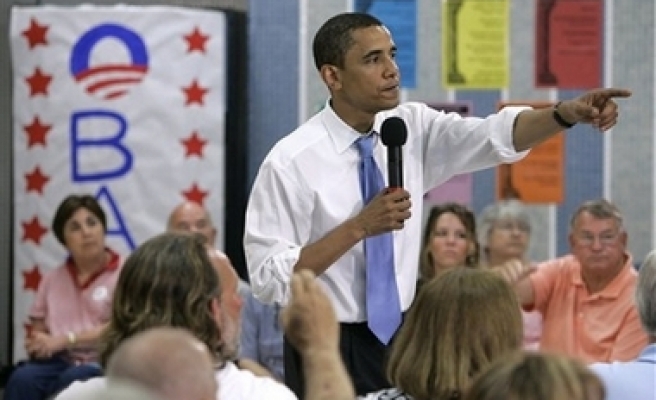 US presidential contender Barack Obama admitted Monday that his campaign had made a mistake by distributing a memo questioning his rival Hillary Clinton’s ties to India and Indian-Americans.

The memo, distributed to the media last week, referred to Clinton’s investments in Indian companies and efforts to raise money from the Indian-American community, according to the Des Moines Register newspaper.

It also included the headline “Hillary Clinton (D-Punjab)’s personal financial and political ties to India,” using journalistic shorthand to imply the New York senator was a Democrat representing the Indian state of Punjab.

Obama, in a letter posted on the website of South Asians for Obama “08, said he was unaware of the memo’s contents before its distribution but took responsibility for the mistake.

“To begin with, the memo did not reflect my own views on the importance of America’s relationship with India,” the senator from Illinois said, adding that it also “ignored” his own “long-standing” relationship with, and support from, the Indian-American community.

“More importantly, the memo’s caustic tone, and its focus on contributions by Indian-Americans to the Clinton campaign, was potentially hurtful, and as such, unacceptable,” he said.

“In sum, our campaign made a mistake. Although I was not aware of the contents of the memo prior to its distribution, I consider the entire campaign — and in particular myself — responsible for the mistake,” Obama said.

Clinton and Obama are in an intense battle for the Democratic nomination in the 2008 presidential election, with the former first lady leading her rival in national polls in a crowded field of candidates. Last Mod: 19 Haziran 2007, 10:50
Add Comment