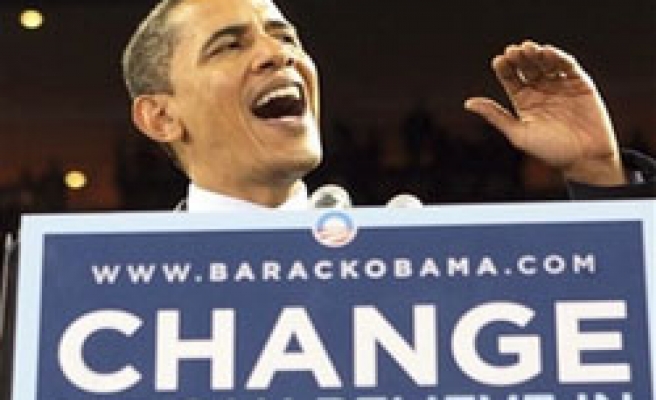 "At approximately 3:15 a.m. EDT (0715 GMT), I received a phone call telling me that Senator Obama had landed at the airport in Kabul, Afghanistan," Robert Gibbs, a top aide to the Illinois senator, said in a written statement.

Obama left the United States on Thursday and stopped first in Kuwait, where he visited troops, Gibbs said.

Before departing for the trip in which he will also visit Iraq, Obama told reporters he expected to do a lot of listening.

"I want to, obviously, talk to the commanders and get a sense, both in Afghanistan and in Baghdad of ... what ... their biggest concerns are. And I want to thank our troops for the heroic work that they've been doing," Obama said, just before boarding a military plane for the trip to Kuwait.

Asked whether he would have some tough talk for Afghan President Hamid Karzai and Iraqi President Nuri al-Maliki, Obama replied, "I'm more interested in listening than doing a lot of talking."

"And I think it is very important to recognize that I'm going over there as a U.S. senator. We have one president at a time, so it's the president's job to deliver those messages," Obama added.

Joining Obama in the congressional delegation were Jack Reed, a Democratic senator from Rhode Island, and Sen. Chuck Hagel, a Republican from Nebraska.