Obama said, "I'm more interested in listening than doing a lot of talking." 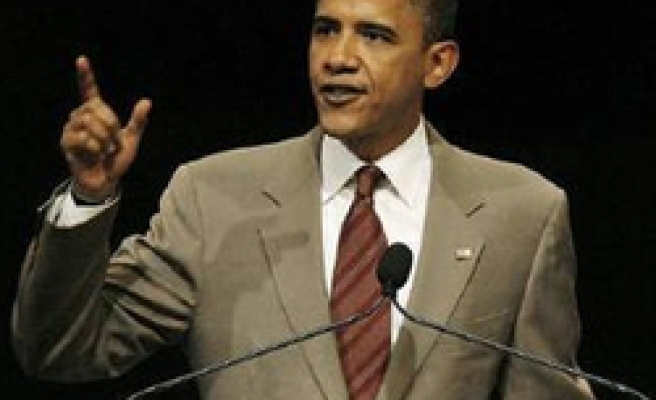 U.S. Democratic presidential candidate Barack Obama arrived in Afghanistan on Saturday, on the first leg of a trip aimed at proving his foreign policy credentials that will also take in the Middle East and Europe.

"At approximately 3:15 a.m. EDT (0715 GMT), I received a phone call telling me that Senator Obama had landed at the airport in Kabul, Afghanistan," Robert Gibbs, a top aide to the Illinois senator, said in a written statement.

Obama left the United States on Thursday and stopped first in Kuwait, where he visited troops, Gibbs said.

Before departing for the trip in which he will also visit Iraq, Obama told reporters he expected to do a lot of listening.

"I want to, obviously, talk to the commanders and get a sense, both in Afghanistan and in Baghdad of ... what ... their biggest concerns are. And I want to thank our troops for the heroic work that they've been doing," Obama said, just before boarding a military plane for the trip to Kuwait.

Obama has called for adding two brigades, or about 7,000 U.S. troops, in Afghanistan and shifting from what he said was a "single-minded" focus on Iraq by the Bush administration. He has called for removing U.S. combat troops from Iraq within 16 months.

The United States has some 36,000 troops in Afghanistan. Some 17,500 are part of a 53,000 NATO-led force while the remainder operate under a separate U.S.-led mission mainly involved in counter-terrorism and training Afghan forces.

Afghanistan has suffered a sharp rise in violence this year with at least 700 civilians killed since January. U.S. troops also suffered more casualties in Afghanistan in both May and June than in Iraq, where they have about four times more soldiers.

Obama is also planning to stop next week in Jordan, Israel, Germany, France and Britain.

He is trying to counter accusations by Sen. John McCain, his Republican rival in the Nov. 4 election, that he lacks the foreign-policy experience to serve as commander-in-chief.

Asked whether he would have some tough talk for Afghan President Hamid Karzai and Iraqi President Nuri al-Maliki, Obama replied, "I'm more interested in listening than doing a lot of talking.

"And I think it is very important to recognise that I'm going over there as a U.S. senator. We have one president at a time, so it's the president's job to deliver those messages," Obama added.

Obama last week criticised Karzai in an interview with CNN.

"I think the Karzai government has not gotten out of the bunker and helped to organise Afghanistan, and the government, the judiciary, police forces, in ways that would give people confidence. So there are a lot of problems there," he said

Joining Obama in the congressional delegation were Jack Reed, a Democratic senator from Rhode Island, and Sen. Chuck Hagel, a Republican from Nebraska.