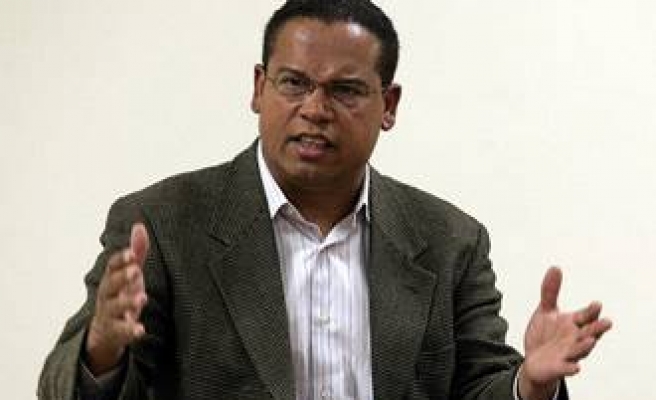 "It's very important that the next president believes in dialogue, negotiations, opening up America, trying to build bridges of understanding," Ellison said via video conference to attendees at the American embassy in Cairo on Tuesday, Egypt's Daily News reported.

"One of the reasons I'm an Obama supporter is I believe he will do that the best."

Ellison, a Democrat from Minnesota, was the first Muslim to be elected to Congress.

He has since been followed by Indiana Democratic Congressman Andre Carson. Both are super-delegates supporting Obama.

Ellison's video conference this week is part of a promotional drive by the U.S. State Department to improve America's image worldwide, especially in Muslim and Middle Eastern countries, the paper said.

Back at home, Ellison said that there was nothing stopping Muslims from participating fully in American politics.

"There's no doubt that there's an active Jewish community in America. They want their views and opinions heard by the people who represent them. There's nothing wrong with that, people should not feel threatened by that. Everybody needs to get active and involved, engaged and put their issues forward," he told the group in Cairo.

"The only barrier for a Muslim lobby to effectively come in the U.S. is leadership and organization," he said. "Palestinian Americans have got to form an active lobbying bloc to help push the U.S. government to advocate for Palestinian statehood."