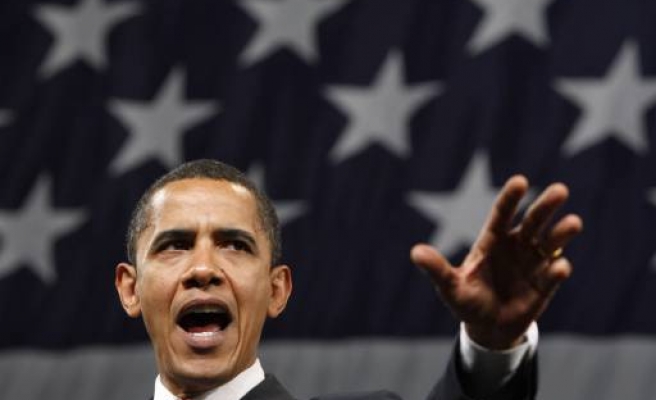 "I think it's language that's reflective of George Bush. We have had a foreign policy of bluster and saber rattling," Obama said of Clinton's threat to "totally obliterate" Iran if it attacked Israel.

"It is important that we use language that sends a signal to the world community that we're shifting from the sort of cowboy diplomacy, or lack of diplomacy, that we've seen out of George Bush," the Illinois senator said on NBC's "Meet the Press."

Obama and Clinton sat for simultaneous TV interviews on different networks two days before primary contests in North Carolina and Indiana, the latest states to vote in the nominating process to determine who will take on Republican John McCain in the November election.

On ABC's "This Week," Clinton repeated her remarks.

"Yes, we would have massive retaliation against Iran," the New York senator said.

Such an attack on Iran is unlikely, Clinton said, "but I sure want to make it abundantly clear that they would face a tremendous cost if they did such a thing."

Some Democrats and Republicans have called for negotiations with Iran about its nuclear program and allegedly involvement in Iraq, but the administrations has ruled out direct talks unless Iran stops enriching uranium.

"I think that we should be looking to create an umbrella of deterrence that goes much further than just Israel," she said last month in Pennsylvania, days before she made her "obliterate" remarks.

On Sunday, Obama said any expansion of the United States' nuclear shield should come "prudently and cautiously" and that Clinton first aired the umbrella idea as a "throwaway line" during one of the candidates' debate.

Obama said the United States would defend Israel after any attack, "nuclear or otherwise."