Obama, Clinton should know when to quit: Party chief

Hillary Clinton or Barack Obama will know when to pull out of the U.S. presidential race in order to unify the party for the general election, the chairman of the Democratic Party said on Monday. 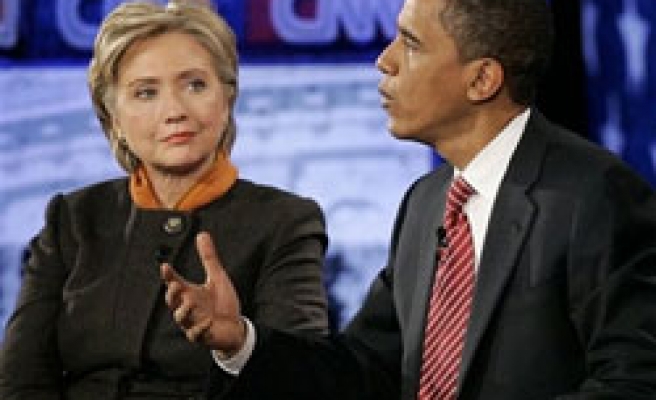 In a round of network television appearances, Howard Dean warned that a prolonged battle between Clinton and Obama could hurt the party's chances in November's election against Republican John McCain.

"Either of these candidates, if it's time for them to go, they'll know it, and they will go," Dean said on ABC's "Good Morning America."

Clinton, a New York senator, said she thought the tough race had been good for the Democratic Party because it fired up voters' interest.

"So we're going to go through these next contests. We're going to see where we end up. And we will take stock of where we are after they finish," she told reporters during a stop at a fire station in Graham, North Carolina.

North Carolina Gov. Mike Easley will endorse Clinton on Tuesday at an event in Raleigh, a source close to the Clinton campaign said. Obama picked up the endorsement of New Mexico Sen. Jeff Bingaman.

Opinion polls show Obama with a comfortable lead over Clinton in North Carolina.

Clinton and Obama, a senator from Illinois, are focusing on North Carolina and Indiana -- the next big tests on May 6 as the Democrats inch toward picking a presidential nominee in the state-by-state contest.

Obama, who would be the first black U.S. president, is leading Clinton in the popular vote, states won and committed delegates to the party's nominating convention in August.

But recent victories in Pennsylvania and Ohio by Clinton, who would be the first female U.S. president, have raised questions about Obama's ability to win big states.

"In my experience, the superdelegates have always ended up deciding with the person who gets the most pledged delegates, but that doesn't always have to happen, and they are free agents," Dean said on CNN.

Before next week's primaries, the U.S. Supreme Court upheld an Indiana law requiring voters to show government-issued photo identification. The high court rejected a legal challenge by Democrats that the measure would deter minorities, the elderly and others from casting ballots.

"Obviously, the law is the law and has to be followed," Clinton said of the ruling. "But I hope that it does not in any way suppress or deter voter turnout."

Obama said the decision could discourage some voters from going to the polls.