Obama had intended to stop at Landstuhl Regional Medical Center on Friday morning, the day after delivering a speech on transatlantic relations in Berlin as part of his trip to the Middle East and Europe. 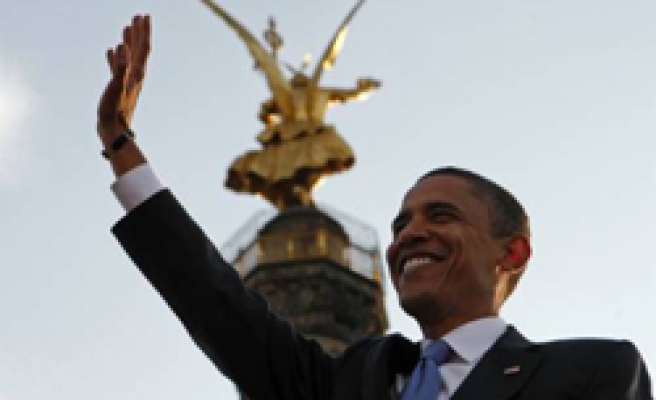 U.S. presidential candidate Barack Obama on Saturday defended his decision to cancel a visit with U.S. troops at a military hospital in Germany because of concerns it would be viewed as a political event.

Obama had intended to stop at Landstuhl Regional Medical Center on Friday morning, the day after delivering a speech on transatlantic relations in Berlin as part of his trip to the Middle East and Europe.

But the campaign issued a statement saying the Illinois senator decided to drop the visit from his schedule after an adviser was told it would be perceived as political.

At a news conference in London as he wrapped up his trip, Obama said the Pentagon notified the campaign that the visit would have been viewed as political because he was bringing along a campaign adviser, retired Maj. Gen. Scott Gration. Gration advises the campaign on an unpaid basis.

"That triggered then a concern that maybe our visit was going to be perceived as political," Obama said. "And the last thing that I want to do is have injured soldiers and the staff at these institutions having to sort through whether this is political or not and get caught in the cross-fire between campaigns."

The Pentagon took issue with a statement by the campaign citing conversations with military officials as a reason for canceling the trip. The Pentagon said it never told Obama he could not visit Landstuhl, only that he could not do so with campaign staff and reporters there.

The Obama campaign countered there was never any intention to allow reporters and that Gration was to be the only adviser to participate in the visit with the senator.

The U.S. Defense Department has long-standing policies that prohibit military personnel and military facilities from any association with partisan political campaigns and elections.

Obama spoke at a news conference after a meeting with British Prime Minister Gordon Brown. He was completing a tour that included Iraq, Afghanistan, Israel, Jordan, Germany, France and Britain.