Obama: 'Diplomacy has to involve all Arab states in region' 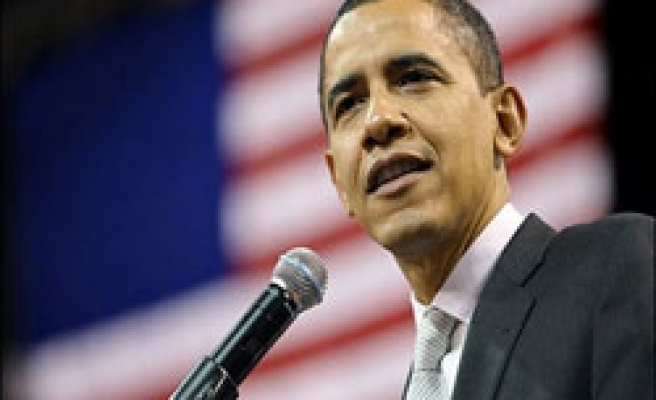 Obama, a Democratic senator from Illinois, said he would pursue an active diplomacy from the beginning to try to reach a peace accord between Israel and the Palestinians.

Campaigning in Reading, Pennsylvania, Obama was asked his view on former President Jimmy Carter's meetings with leaders of the Islamist Palestinian group Hamas during a trip to the Middle East that began a week ago.

"I actually disagree with him on his meeting with Hamas," Obama said.

Obama is vying with former first lady Sen. Hillary Clinton for the Democratic nomination and the right to run against Republican Sen. John McCain in the November presidential election.

"On the other hand, what I also disagree with is a habit of American presidents which is every president in their last year, they finally decide, we're going to try to broker a peace deal," Obama added. "Bill Clinton did it in his last year and he ran out of time. George Bush tried to do it."

The peace conference launched in Annapolis, Maryland, in November marked a shift for Republican Bush, who previously had avoided a hands-on role in Middle East peace negotiations.

Democrat Bill Clinton's attempts at Middle East peace included the summit he hosted at the Wye River near Washington in 1998. In 2000, his final year in office, he invited Israeli Prime Minister Ehud Barak and Palestinian President Yasser Arafat to Camp David for a summit to resolve disputes but the talks ended in crisis.

Obama said the Annapolis process has initiated some useful discussions but, "why didn't they start at the beginning of the term instead of at the end of the term?"

"I think that we do have to move forward on active diplomacy and I do believe that diplomacy has to involve all the Arab states in the region," he said.

Although he disagreed with Carter's decision to meet Hamas, Obama credited the former president, a Democrat, with achieving "significant progress" on the peace effort during his time in the White House. Carter hosted talks at Camp David that led to the signing of a peace treaty between Israel and Egypt in 1979.