Sen. Barack Obama told a church convention that some right-wing evangelical leaders have exploited and politicized religious beliefs in an effort to sow division. 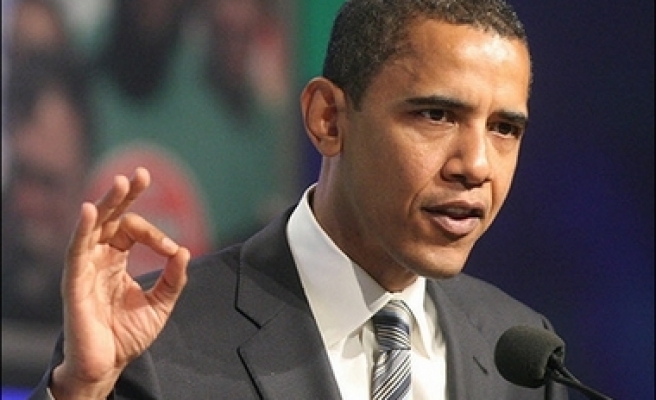 Sen. Barack Obama told a church convention Saturday that some right-wing evangelical leaders have exploited and politicized religious beliefs in an effort to sow division.

"Somehow, somewhere along the way, faith stopped being used to bring us together and faith started being used to drive us apart," the Democratic presidential candidate said in a 30-minute speech before the national meeting of the United Church of Christ.

"Faith got hijacked, partly because of the so-called leaders of the Christian Right, all too eager to exploit what divides us," the Illinois senator said.

"At every opportunity, they've told evangelical Christians that Democrats disrespect their values and dislike their church, while suggesting to the rest of the country that religious Americans care only about issues like abortion and gay marriage, school prayer and intelligent design," according to an copy of his speech.

"There was even a time when the Christian Coalition determined that its number one legislative priority was tax cuts for the rich," Obama said. "I don't know what Bible they're reading, but it doesn't jibe with my version."

A call to the Washington, D.C.-based Christian Coalition of America seeking comment was not immediately returned Saturday.

Obama is a member of the United Church of Christ, a church of about 1.2 million members that is considered one the most liberal of the mainline Protestant groups.

Obama trails Sen. Hillary Rodham Clinton of New York by 33 percent to 21 percent in the most recent Associated Press-Ipsos poll among Democrats and those leaning toward the party Last Mod: 24 Haziran 2007, 20:53
Add Comment