Obama cited his youthful experimentation with drugs and John McCain noted his failed first marriage as their greatest moral failings. 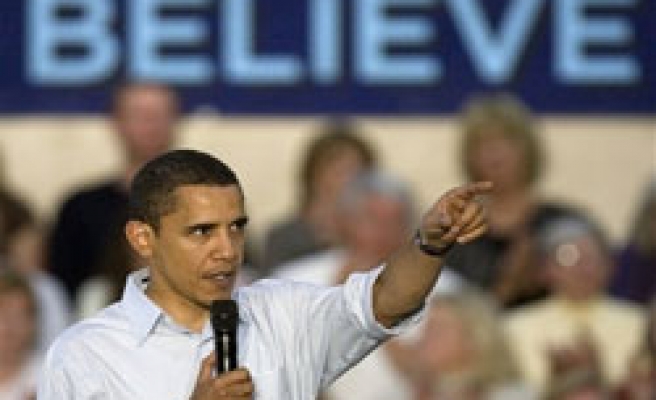 Barack Obama cited his youthful experimentation with drugs and John McCain noted his failed first marriage as their greatest moral failings on Saturday at a forum on ethics and faith issues.

Democrat Obama and Republican McCain met briefly on stage at the forum hosted by evangelical pastor Rick Warren, who interviewed the two candidates separately. It was a key opportunity to reach out to religious voters who will be an important voting bloc in the November election.

"I had a difficult youth," Obama said when Warren asked about his greatest moral failing. "There were times when I experimented with drugs."

More broadly, Obama said one of the country's biggest moral failings involved its treatment of the poor.

Answering the same question, McCain said: "My greatest moral failing, and I am a very imperfect person, is the failure of my first marriage."

As to America's moral failings, McCain said: "Perhaps we have not devoted ourselves to causes greater than our self-interest, although we've been the best at it."

So-called evangelical Christians account for one in four U.S. adults and have been a significant conservative base for the Republican Party, with a strong focus on opposition to abortion and gay rights and the promotion of "traditional" family values.

Asked about those touchstone issues, Obama, an Illinois senator, said he supported a woman's right to have an abortion but wanted to work to reduce their number.

'ABOVE MY PAY GRADE'

Asked pointedly when a baby's human rights began, he said a specific answer was "above my pay grade."

McCain, speaking directly to the Republican Party's Christian base, was emphatic such rights began "with conception". He pointed to his long anti-abortion record and said he would continue to fight against abortion as president.

Warren, the best-selling author of "The Purpose-Driven Life" and pastor of a California mega-church with 20,000 members, is one of a new generation of Christian leaders who urges his adherents to get more involved in solving world problems, including poverty and disease.

McCain, who grew up Episcopalian but now attends an evangelical Southern Baptist church, has had trouble winning over conservative evangelicals because of his past support for stem cell research, which he reiterated in Saturday's forum, and his blunt criticism of the movement's leaders in 2000.

But the Arizona senator's opposition to abortion has redeemed him in the eyes of many in that religious community.

President George W. Bush won almost 80 percent of the white evangelical Protestant vote in 2004, but the movement is more fractured now, partly because of conservative dissatisfaction with McCain and partly because of its agenda has widened to include issues like the environment.

But there are signs that McCain is finally making inroads into this key base.

A recent poll by the Pew Research Center found that McCain had the support of 68 percent of the white evangelical Protestants, up from 61 percent in June. Obama's support was almost unchanged at 24 percent.

Obama, who would be the first black president, has had to repeatedly debunk false reports that he is Muslim and was forced to distance himself from a controversial former pastor whose church he attended for many years.

But he is at ease talking about his personal faith and on Saturday he told Warren that: "I believe that Jesus Christ died for my sins."

Describing his religious beliefs, McCain, a former prisoner of war in North Vietnam, recalled a story he often recounts on the campaign trail about a prison guard who scratched a cross in the dirt on Christmas Day during his imprisonment.

"For a minute there, it was just two Christians worshiping together. I'll never forget that," he said.