Obama has called for the removal of U.S. combat troops within 16 months of taking office should he win the election. 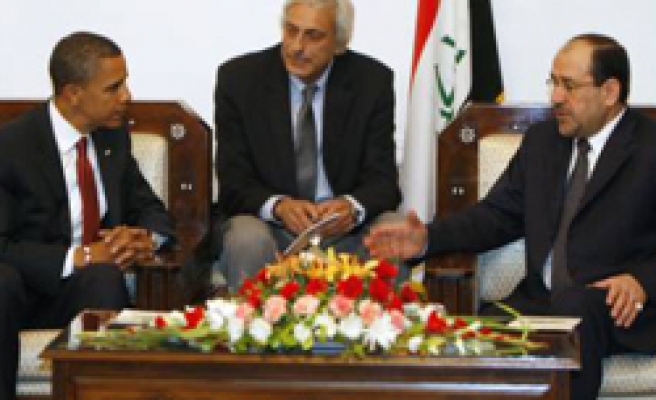 U.S. Democratic presidential candidate Barack Obama met Iraq's prime minister on Monday to get a first-hand assessment of situation in the country.

His visit thrusts U.S. strategy in Iraq and troop levels to the centre of the November election race between the first-term senator from Illinois and Republican candidate John McCain. There are more than 140,000 U.S. soldiers in Iraq.

Obama has called for the removal of U.S. combat troops within 16 months of taking office should he win the election.

Iraqiya state television and witnesses said Obama met Prime Minister Nuri al-Maliki in Baghdad. There were no further details on Obama's visit, which has been shrouded in secrecy for security reasons.

Obama visited Afghanistan over the weekend, the other big foreign policy challenge the next American president will face. He called the situation in Afghanistan "precarious and urgent" and said Washington should start planning to transfer more troops there from Iraq.

Maliki suggested earlier this month setting a timetable for U.S. troops to leave Iraq but has given no dates.

On Sunday the Iraqi government denied Maliki told a German magazine in an interview that he backed Obama's plan to withdraw combat troops within 16 months. The government said Maliki's remarks to Der Spiegel were translated incorrectly.