McCain, an Arizona senator, is a staunch advocate of the current U.S. occupation in Iraq and the issue is certain to be central to their November election battle for the White House. 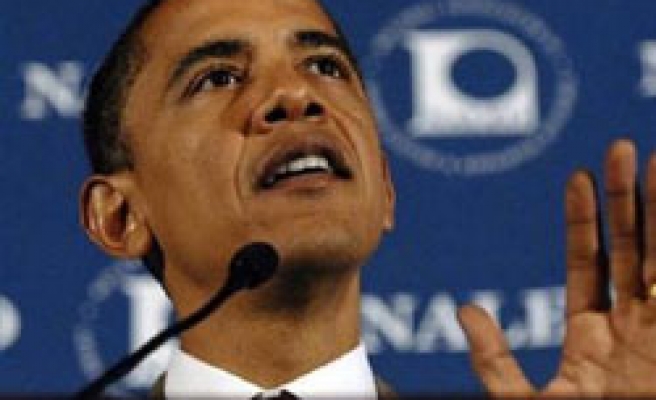 Democratic presidential candidate Barack Obama left open the possibility on Thursday of revising his 16-month timetable for withdrawing U.S. combat forces from Iraq, saying he could "refine" his stance after he visits the country.

Obama, an opponent of the war who made his stance a centerpiece of his Democratic presidential campaign, said he would not support a long-term U.S. presence in Iraq but wanted to ensure any U.S. withdrawal was orderly and safe.

"I've always said I would listen to commanders on the ground. I've always said the pace of withdrawal would be dictated by the safety and security of our troops and the need to maintain stability," he told reporters in North Dakota.

"That assessment has not changed, and when I have a chance to meet with some of the commanders on the ground I'm sure I'll have more information and will continue to refine my policies," he said.

After criticism from his Republican opponent John McCain, Obama said he would visit Iraq and Afghanistan later this summer. It will be his second visit to Iraq.

McCain, an Arizona senator, is a staunch advocate of the current U.S. occupation in Iraq and the issue is certain to be central to their November election battle for the White House.

Obama said his plan for withdrawing one or two combat brigades a month from Iraq after he takes office always depended on conditions on the ground.

"I'm going to continue to gather information to find out whether those conditions still hold," he said. "My guiding approach continues to be that we've got to make sure our troops are safe and Iraq is stable."

Obama denied that he was shifting his stance, but Republicans pounced on his comments.

"There appears to be no issue that Barack Obama is not willing to reverse himself on for the sake of political expedience," said Alex Conant, a Republican National Committee spokesman.

As Obama spoke, two of his foreign policy advisors told reporters in a conference call the current U.S. strategy in Iraq was allowing the security situation in Afghanistan to worsen and must be changed.

The advisors, Susan Rice and Sarah Seward, said they believed the 16-month time frame for a U.S. troop withdrawal in Iraq was still achievable.

Rice said Obama remained committed to a "responsible, careful redeployment of U.S. forces from Iraq" and starting it "from the early days of his administration."

"And the best advice, military advice, that he's received has been that a responsible pace is one to two combat brigades a month," she said.

For security reasons, Obama has not announced the date of his Iraq trip. The Illinois senator will be part of a congressional delegation and will not take press with him.

"My job is to make sure that the strategic issues that we face ... are all taken into account and dealt with in a way that enhances America's national security interests over the long term," he said.