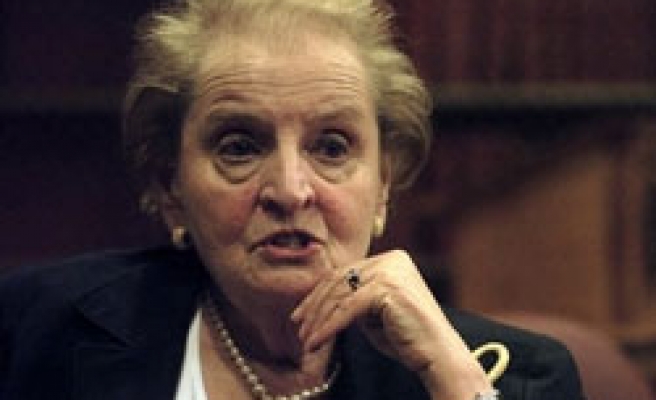 Democratic presidential candidate Barack Obama has named a foreign policy panel of former U.S. officials to give him advice and possibly fill Cabinet posts if he is elected in November.

Obama, a first-term senator from Illinois seeking to bolster his foreign policy credentials, was to meet with the group on Wednesday.

Albright had been a key adviser to New York Sen. Hillary Clinton when the former first lady was battling Obama for the Democratic presidential nomination.

The Obama campaign has made overtures to a number of Clinton advisers and fundraisers as it seeks to unify Democrats after the hard-fought struggle between Obama and Clinton.

Obama will consult with the group regularly between now and the Nov. 4 election in which he is facing Republican Sen. John McCain.

McCain, a Vietnam War hero and former prisoner of war who has been outspoken on national security issues, has made his foreign policy experience a centerpiece of his campaign.

In a statement announcing the working group, Obama likened McCain's foreign policy to that of President George W. Bush and underscored his call for a pullout of U.S. troops from Iraq.

"It's time to end the war in Iraq responsibly, refocus on Afghanistan and al Qaeda, and renew our global leadership so that we can tackle the huge challenges of the 21st century," Obama said.

McCain's campaign has sought to portray Obama as weak on national security and has opposed his call for greater engagement with U.S. adversaries such as Iran and Syria.

A senior McCain adviser on Monday accused Obama of having a pre-9/11 mindset. Obama shot back by accusing Republicans of trying to use terrorism as a club and seeking to distract from the foreign policy failures of the Bush administration.

The announcement of the panel comes after Obama upset Palestinians in a June 4 controversial speech to a pro-Israel lobbying group by saying Jerusalem "will remain the capital of Israel and it must remain undivided." Palestinians want East Jerusalem, occupied by Israel in 1967, as the capital of a future state.

Former Indiana congressman Lee Hamilton, a leading U.S. authority on national security matters, is also on the panel. Hamilton co-chaired the blue-ribbon commission that investigated the Sept. 11 attacks and was one of the leaders of the Baker-Hamilton group that offered Bush a series of options for dealing with Iraq.

After the foreign policy meeting, Obama will meet separately with a group of about 40 retired admirals and generals about military affairs and Iraq and Afghanistan.

There has been speculation that Obama may be looking for a vice presidential running mate with military background.,