Obama: no al-Qaida In Iraq until Bush invaded

'There was no al-Qaida presence in Iraq until President Bush invaded the country,' said Barack Obama. 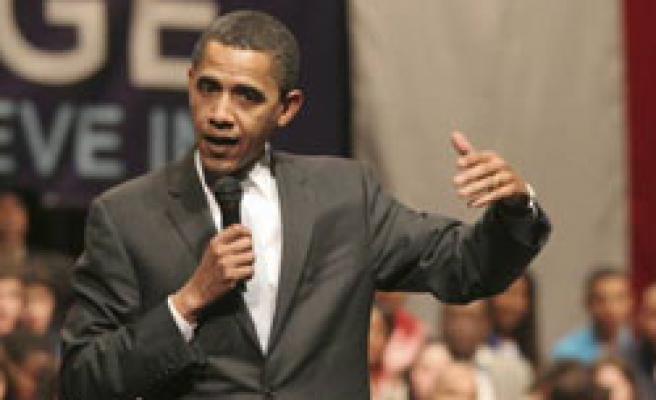 Republican presidential hopeful John McCain mocked Democrat Barack Obama on Wednesday for saying he would take action as president "if al-Qaida is forming a base in Iraq."

"When you examine that statement, it's pretty remarkable," McCain told a crowd in Tyler, Texas.

"I have some news. Al-Qaida is in Iraq. It's called 'al-Qaida in Iraq,'" McCain said, drawing laughter at Obama's expense.

Obama quickly answered back, telling a rally at Ohio State University in Columbus, "I do know that al-Qaida is in Iraq."

"So I have some news for John McCain," he added, saying there was no al-Qaida presence in Iraq until President Bush invaded the country.

Noting that McCain likes to tell audiences that he'd follow Osama bin Laden to the "gates of hell" to catch him, Obama taunted: "All he (McCain) has done is to follow George Bush into a misguided war in Iraq."

McCain said he had not watched the Democratic presidential debate on Tuesday night but was told of Obama's response when asked if as president he would reserve the right to send U.S. troops back into Iraq to quell an insurrection or civil war.

Obama did not say whether he'd send troops but responded: "As commander in chief, I will always reserve the right to make sure that we are looking out for American interests. And if al-Qaida is forming a base in Iraq, then we will have to act in a way that secures the American homeland and our interests abroad."

Throughout the primary season, McCain has repeatedly attacked Obama and Democratic rival Hillary Rodham Clinton for saying they would withdraw troops from Iraq.

He said that withdrawing troops would be "waving the white flag."

In the debate, Clinton did not answer the question about re-invasion of Iraq on grounds it contained "lots of different hypothetical assessments."

For years, McCain has urged sending more troops into Iraq, even before President Bush adopted such a strategy about a year ago.

"I knew enough from talking to the men and women who are serving that this new strategy was what we needed, and I'm telling you, it is succeeding," McCain said. "So what needs to happen, we need to continue this strategy. It should be General Petraeus' recommendation, not that of a politician running for higher office, as to when and how we withdraw."

He was referring to Gen. David Petraeus, the top American commander in Iraq.

As he began a swing through President Bush's home state, which holds a presidential primary election on Tuesday, McCain made sure to play up a line he always uses: "I also think it might be nice for President Bush to get a little credit that there's not been another attack on the United States of America," he said to applause.