Maliki and U.S. President George W. Bush agreed last week to set a "time horizon" for reducing U.S. forces in Iraq, the closest Washington has come to acknowledging the need for a withdrawal timeframe. 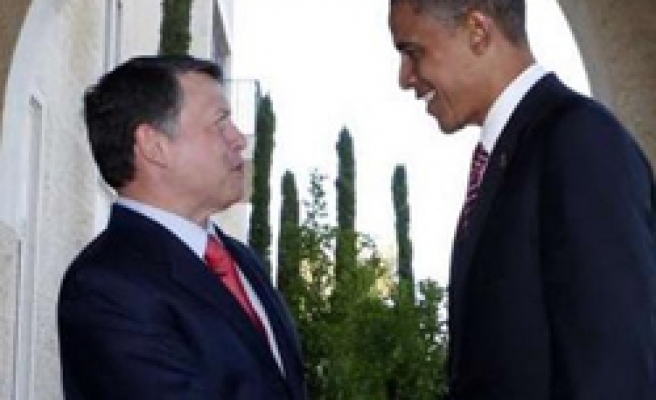 U.S. Democratic presidential candidate Barack Obama said on Tuesday he was committed to a 16-month timetable for a U.S. military withdrawal from Iraq, after a trip in which he met Iraqi leaders and U.S. officials.

Obama was speaking in the Jordanian capital as part of a tour of the region in which he has sought to shift the focus of U.S. military efforts from Iraq to Afghanistan.

The question of when to withdraw some 147,000 U.S. troops in Iraq overshadowed the first term senator's trip. Obama has made his opposition to the U.S.-led invasion of Iraq in 2003 a centrepiece of his election campaign.

"What I have proposed is a steady, deliberate draw down over the course of 16 months," he told a news conference in Amman.

Obama has said the draw down would enable more troops to be deployed in Afghanistan, where insurgent attacks in the past two months have killed more U.S. soldiers than in Iraq.

He described the situation in Afghanistan as "perilous and urgent" and suggested al Qaeda and the Taliban were planning more attacks in the United States.

Jordan was the next stage on a multi-nation tour that will include Israel, France, Germany and Britain.

The improved security situation in the Basra region meant the 4,100 British troops based there would focus on training Iraqi troops before gradually withdrawing from Iraq, he said.

Maliki told Obama and other U.S. lawmakers travelling with him on Monday he hoped U.S. combat troops could be out of Iraq in 2010, a goal not far apart from Obama's own pledge on withdrawals.

"Iraqis want an aspirational timeline, with a clear date, for the redeployment of American combat forces," said a statement from Obama and the lawmakers travelling with him.

Maliki and U.S. President George W. Bush agreed last week to set a "time horizon" for reducing U.S. forces in Iraq, the closest Washington has come to acknowledging the need for a withdrawal timeframe.