Obama to turn campaign focus back to economy 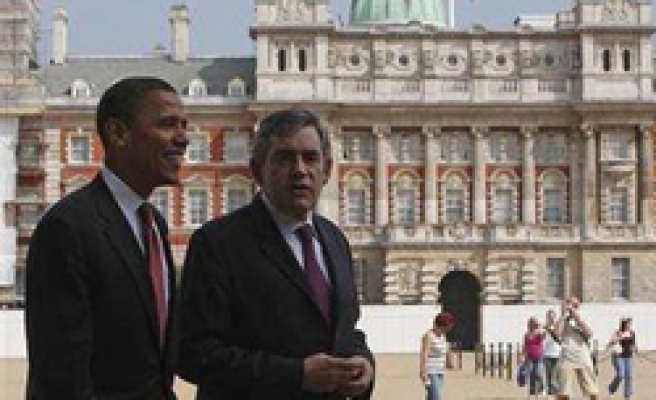 Democratic presidential candidate Barack Obama will convene an all-star panel of advisers on Monday as he shifts his campaign focus from world affairs to the top issue for American voters -- the faltering U.S. economy.

Polls show economic worries lead voter concerns by a wide margin. After a week out of the country meeting world leaders and discussing foreign policy, Obama said he is anxious to shift gears to high gas prices, home foreclosures and bank failures.

"People are understandably concerned about the immediate effects of the economy, and that's what we will be talking about for the duration," he said.

Obama said the session was designed to look at both his existing proposals and to help him develop additional steps to help turn around the economy.

The Illinois senator told NBC's "Meet the Press" he wanted the group to "examine the policies that we've already put forward: a middle-class tax cut, a second round of stimulus, an effort to shore up the housing market."

Those types of economic issues, he said, will dominate voter concerns in the race to the November election against Republican John McCain.

McCain, an Arizona senator, has criticized Obama for promising to repeal President George W. Bush's tax cuts for Americans who make more than $250,000 and for opposing McCain's call to lift the ban on offshore drilling.

Obama has accused McCain of clinging too closely to Bush's economic approach. Polls show a majority of voters prefer the leadership of Obama and Democrats on the economy.

But McCain, a harsh critic of what he says is runaway government spending, has made inroads among voters with his call for increased offshore drilling and construction of new nuclear power plants.

One of McCain's top economic advisers, former Texas Sen. Phil Gramm, was forced to step down recently after describing the United States as a "nation of whiners" and saying it suffered from a mental recession.