Obama plans to visit Iraq and Afghanistan after coming under heavy pressure from Republican presidential candidate John McCain, who criticized him for not visiting Iraq since 2006. 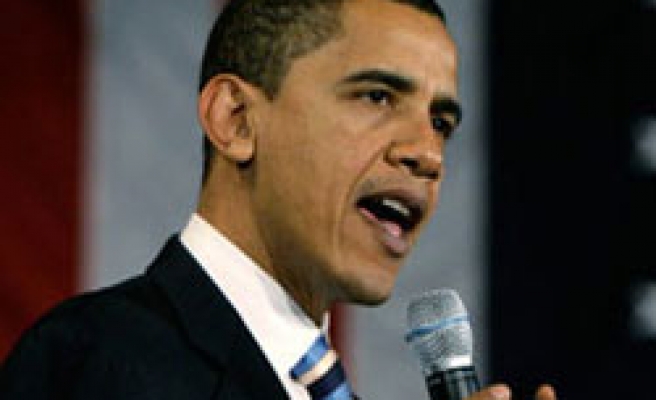 Democratic White House hopeful Barack Obama said on Saturday comments by Iraqi leaders calling for a timetable for withdrawal of U.S. troops added weight to his stand in favor of such a timetable.

Speaking to reporters during a flight to San Diego, Obama said the United States should not commit to a long-term occupation of Iraq when it signs a status of forces agreement.

U.S. President George W. Bush's administration is in the process of negotiating such an agreement to allow the long-term occupation of U.S. forces in Iraq, more than five years after the U.S.-led invasion toppled Saddam Hussein.

On Monday, Iraqi Prime Minister Nuri al-Maliki suggested for the first time that a timetable be set for the departure of U.S. forces.

Obama, who based his drive to capture the Democratic nomination on his early and ardent opposition to the war, said this month he might refine his plan to bring combat troops home within 16 months of taking office if conditions in Iraq changed.

The comment drew heavy coverage and sharp criticism from some on the left and the right.

Obama plans to visit Iraq and Afghanistan after coming under heavy pressure from Republican presidential candidate John McCain, who criticized him for not visiting Iraq since 2006. The dates for the Obama trip have not been announced for security reasons but it is expected within the next month.

Obama said the purpose of his trip was to listen, as it was not his place to negotiate with anyone. "We have one president at a time," he told reporters.

But he said that both Bush and McCain had repeatedly emphasized they would respect Iraq's wishes as a sovereign nation on the issue of troops.

"Given that I think it's also in our strategic interest, it certainly strikes me that we shouldn't be writing a status of forces agreement, for example, that locks in a long term occupation," Obama said.