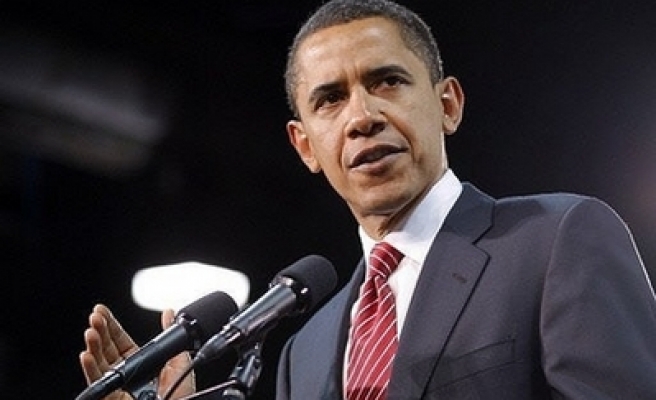 "Clearly, both of them are quite popular and we should celebrate that," Josh Tenorio, Obama's campaign manager on the territory told Reuters. "It's a good day for Guam."

With only four votes at the Democratic convention at stake, the contest on Guam, a Pacific island more than 20 hours by plane from Washington, will barely register in the protracted duel for the party's presidential ticket.

Neither candidate made it to Guam -- instead both called into radio stations to campaign -- and many Americans have never even heard of it, but some islanders were thrilled to finally be in the spotlight.

"A lot of people were confused by the process," said Robert Lizama, a local mayor. "It's brought a lot of awareness and participation. I think that's important."

"We can't vote for president, but this is our part of the process."

Residents cannot vote in the presidential election but Guam, which is less than a fifth of the size of the smallest U.S. state of Rhode Island, sends eight delegates with half a vote each to the Democratic convention in August.

Also on the ballot was the race for chairman and vice chairman of Guam's Democratic Party.

"I want change. He might change some things, like health insurance. It's expensive," said Ricky Castillo, 69, who voted for Obama.

Clinton reminded voters about her multiple visits during stopovers on presidential trips with her husband to Asia and Obama emphasised his Pacific connections through his upbringing in Hawaii and Indonesia.

Victory for Obama adds to his lead over Clinton but still leaves him short of being able to clinch the nomination to run against Republican John McCain in the November election.

The next major contests for the Democratic nomination are on May 6 in North Carolina and Indiana. The two states have a combined 187 delegates at stake.

While Obama leads in nominating delegates, Clinton has moved into a virtual tie with her rival in national polls after winning in Pennsylvania last month.

Neither Obama nor Clinton is likely to reach the 2,025 delegates needed to clinch the nomination without help from 796 "superdelegates" -- party officials and insiders free to back any candidate.

Guam, which goes by the slogan, "Where America's Day Begins", will also send five superdelegates to the Democratic convention. It is a U.S. territory since 1898.