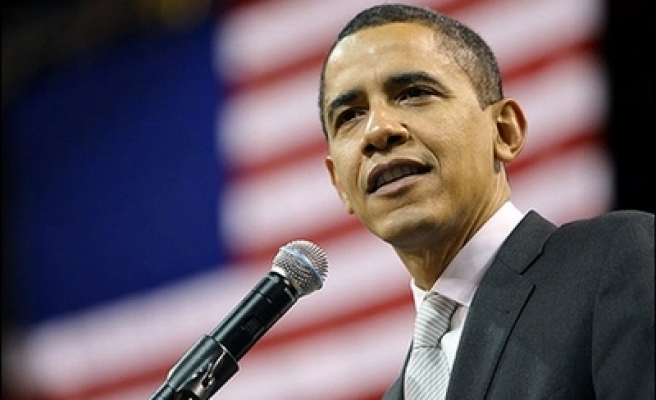 Obama's victory in the nominating caucus in sparsely populated Wyoming slowed Clinton's momentum after she won three of four contests on Tuesday in their tight duel for the right to face Republican John McCain in November's presidential election.

With 96 percent of caucus sites reporting, Obama led Clinton by 59 percent to 40 percent.

"This is a very important win for us," said David Plouffe, Obama's campaign manager, in a conference call with reporters. He noted that Clinton, her husband Bill Clinton and daughter Chelsea all campaigned in the state.

Heavily Republican Wyoming has just 12 delegates to the August convention that will pick the Democratic nominee, one of the smallest hauls in the race, but every state has become crucial in the prolonged battle between the two senators.

CNN projected Obama would take at least seven of the 12 but Clinton Campaign Manager Maggie Williams sought to put the result in a positive light, saying Clinton expected to pick up five of the 12.

"We are thrilled with this near split in delegates and are grateful to the people of Wyoming for their support," she said in a statement. "We worked hard to present Senator Clinton's vision to the caucus-goers and we thank them for turning out today."

Both Obama and Clinton campaigned in Wyoming on Friday, but the two candidates took the day off at home on Saturday. Next up is a primary in Mississippi on Tuesday before Obama and Clinton square off in Pennsylvania on April 22.

The win allowed Obama to add slightly to his almost insurmountable lead in the pledged delegates who will help decide the nominee. The exact breakdown of delegates in Wyoming was not immediately clear.

Neither Obama nor Clinton is likely to reach the 2,025 delegates needed to clinch the nomination without help from 796 "superdelegates" -- party officials and insiders free to back any candidate.

The states of Michigan and Florida, which were stripped of their delegates in a dispute with the national party and held unsanctioned contests, also could figure in a final resolution to the tight race.

Officials in both states have discussed redoing their contests so they would produce delegates to the convention, but the candidates, the state parties and national party would have to agree on the timing, funding and formats.

The Wyoming caucus requires voters to turn up at public sites at specific times. Democrats in heavily Republican Wyoming crowded the 23 caucus sites around the state.

Obama, an Illinois senator, has been particularly successful in caucuses, where his organizational strength and grass-roots enthusiasm have given him an advantage.

Clinton, a New York senator, has complained about the caucus system and said she performs better in primary elections in big states such as Ohio, California and New Jersey that Democrats will have to win to capture the White House.

"There is not a lot of opportunity for people to participate," Clinton said of caucuses in Wyoming on Friday.

Wyoming, the home state of Republican Vice President Dick Cheney, has not voted for a Democrat for president since 1964. It does have a popular Democratic governor, Dave Freudenthal, who has not endorsed either Obama or Clinton.