Obama's pastor says that US brought on the Sept. 11 attacks with its own "terrorism", calling on blacks to say "God damn America." 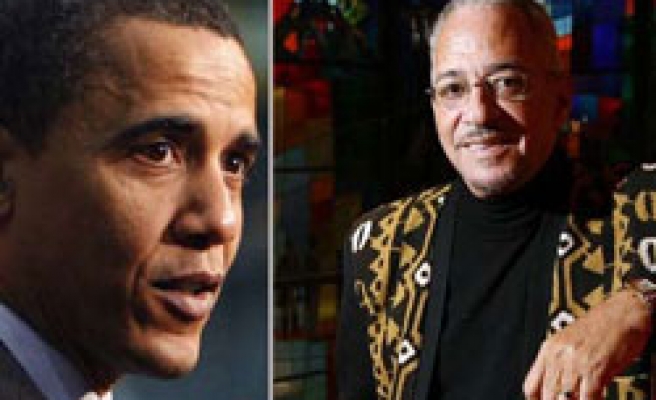 Obama's pastor for the last 20 years at the Trinity United Church of Christ on Chicago's south side says that blacks should not sing "God Bless America" but instead "God damn America," ABC News reported.

"The government gives them the drugs, builds bigger prisons, passes a three-strike law and then wants us to sing 'God Bless America.' No, no, no, God damn America, that's in the Bible for killing innocent people," he said in a 2003 sermon. "God damn America for treating our citizens as less than human. God damn America for as long as she acts like she is God and she is supreme."

In addition to damning America, he told his congregation on the Sunday after Sept. 11, 2001 that the United States had brought on al Qaeda's attacks because of its own terrorism.

"We bombed Hiroshima, we bombed Nagasaki, and we nuked far more than the thousands in New York and the Pentagon, and we never batted an eye," Rev. Wright said in a sermon on Sept. 16, 2001.

"We have supported state terrorism against the Palestinians and black South Africans, and now we are indignant because the stuff we have done overseas is now brought right back to our own front yards. America's chickens are coming home to roost," he told his congregation.

Sen. Obama told the New York Times he was not at the church on the day of Rev. Wright's 9/11 sermon. "The violence of 9/11 was inexcusable and without justification," Obama said in a recent interview. "It sounds like he was trying to be provocative," Obama told the paper.

Rev. Wright, who announced his retirement last month, has built a large and loyal following at his church with his mesmerizing sermons, mixing traditional spiritual content and his views on contemporary issues.

"I wouldn't call it radical. I call it being black in America," said one congregation member outside the church last Sunday.

Rev. Wright, who declined to be interviewed by ABC News, is considered one of the country's 10 most influential black pastors, according to members of the Obama campaign.