Some 1,114 Iraqis have applied for asylum over the first six months of 2008 and they are followed by asylum seekers from Eritrea, Russia, Serbia, Somalia, the Palestinian territories and Afghanistan. 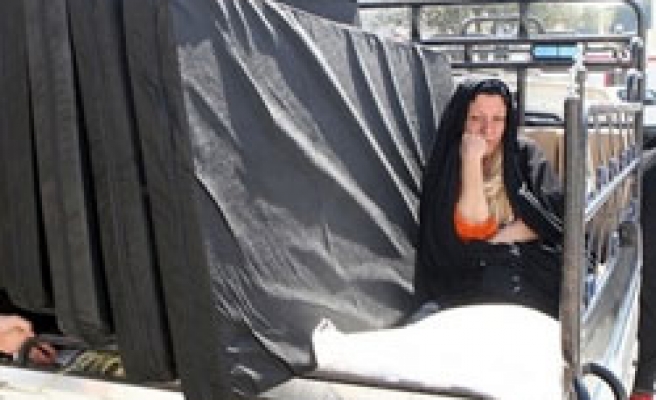 This year some 15,000 asylum seekers are expected to apply for permits to live and work in Norway, up from 6,500 in 2007 -- one of the fastest growth rates in Europe, according to UDI.

Over the first six months of 2008, some 5,400 people applied for asylum, more than double last year's figure. About 60 percent of properly filed applications are rejected, UDI said.

"There is a perception among asylum seekers and 'smugglers' that Norway is a more attractive destination than many other European countries," UDI's deputy director general Frode Forfang told Reuters. "We are coping, but it's a growing challenge."

Forfang said he believed most asylum seekers from developing countries had paid people smugglers to help them with the paperwork and logistics. In most cases, Norway grants asylum to those who would require protection if living in their homeland.

Some 1,114 Iraqis have applied for asylum over the first six months of 2008, up from 435 a year earlier, making them the largest group. They are followed by asylum seekers from Eritrea, Chechen, Serbia-Kosova, Somalia, the Palestinian and Afghanistan, whose territories are under occupation.

Forfang said most Russian applicants were Chechen, while most Serbs came from Kosovo. Many have their applications turned down and are told to seek refuge elsewhere within Russia or in Serbia.

"We don't have a very good explanation for this influx," Forfang said. "There have been no significant changes in the countries of origin or in Norwegian regulations."

Analysts say immigrants are drawn to oil-rich Norway by its protective welfare state and relatively good track record of integration with society.

Statistics show the gap between unemployment rates among immigrants and native Norwegians is smaller than in most other European states where immigration has become a major issue.

In past years, Norway has tightened immigration rules, making it harder for families of unemployed immigrants to relocate to the Nordic state.