Octopuses are reckoned to be the world's most intelligent invertebrates and are able to use tools with their sucker-covered tentacles. 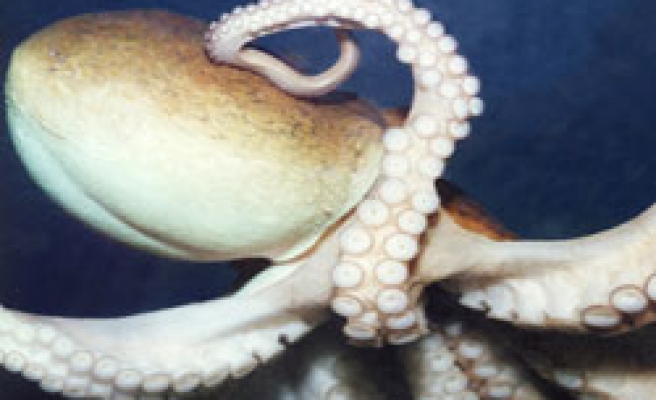 Octopuses' eight tentacles divide up into six "arms" and two "legs", a study published by a chain of commercial aquariums said on Thursday.

Octopuses are reckoned to be the world's most intelligent invertebrates and are able to use tools with their sucker-covered tentacles.

Helped by over 2,000 observations by visitors, teams of aquatic specialists carried out a study showing that the creatures seemed to favour their first three pairs of tentacles for grabbing and using objects, Sea Life aquariums said.

Unlike humans and some other animals, most octopuses did not appear to be left-handed or right-handed. Those that were suffered from eye problems on their less-favoured side.

"People have always assumed that octopuses coordinate their ... gripping behaviour through visual data. That seems to be true. When one eye is weak, another side of arms is favoured," said Walenciak.

The findings would help care for sick octopuses by allowing them to be fed from the correct side, he added.

Sea Life said the number of observations in its study significantly exceeded that in previous academic investigations.