Pakistani authorities on Monday confirmed that an Indian spy sentenced to death for his alleged involvement in terrorist activities, would be hanged on April 1. 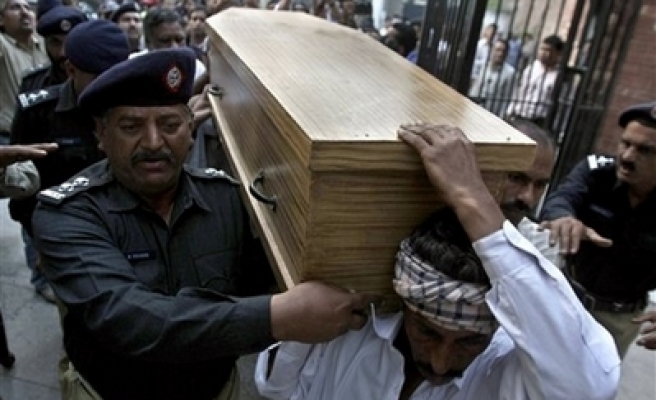 Sarbajit Singh was arrested in 1990 on the Pakistan-India border and charged with carrying out four bombings that killed 14 people and injured dozens more in Lahore and Faisalabad. His 1991 death sentence was upheld by the Supreme Court of Pakistan in 2006.

Singh, who has been identified as an agent of Indian intelligence agency, RAW (Research and Analysis Wing), denies the allegations, saying he is from a poor family who mistakenly crossed the border.

"This is a case where there is sufficient evidence and on the basis of that evidence and proof he has been convicted. He will be hanged on April 1," said Khusro Pervez, the Home Secretary of the eastern Punjab province where Singh is imprisoned.

"This was not a simple espionage case. It was a case where four acts of terrorism were carried out and many innocent people lost their lives. How can he be released?" Pervez added.

India however has appealed to the Pakistan government to keep "sentiments of the people" in mind and show leniency.

"We hope that considering humanitarian aspects, some leniency would be shown to him," Sharma was quoted as saying. He said India had limited options and could only make such an appeal.

Officials of the Indian high commission in Islamabad have requested the Pakistan government for consular access to Singh.

Musharraf's rejection of Singh's mercy petition came within days of India returning the body of a Pakistani national Khalid Mehmood who was arrested for spying in 2005 and died in an Indian prison.

Mehmood's family claims he had travelled to India to watch a cricket match and had died as a result of torture inflicted by Indian investigators. His body was returned on March 10.

Possibility for Sarabjit Singh's release had been raised earlier after Musharraf pardoned another Indian spy Kashmir Singh, who was allowed to return home on March 4 after spending 35 years in Pakistani prisons.

The case was the first in which a person accused of espionage was released by either Pakistan or India.

Hundreds of Pakistani and Indian citizens are believed to be languishing in jails in each country. They include civilians who strayed across the border between the two countries and fishermen.

The nuclear-armed neighbours have had tense relations since their partition and independence from Britain in 1947 and have fought three wars.