Ban Ki-Moon is actually in Saudi Arabia to have formal talks with King Abdallah of Saudi Arabia. 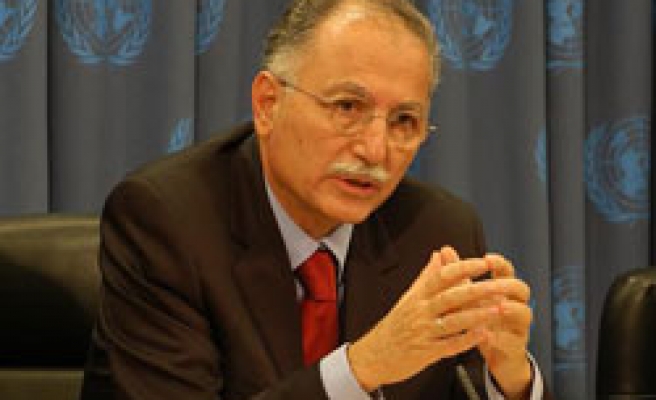 The secretaries-general of the Organization of the Islamic Conference (OIC) and the United Nations (UN) met in Jeddah, Saudi Arabia on Sunday, the OIC said in a statement.

Ban Ki-Moon is actually in Saudi Arabia to have formal talks with King Abdallah of Saudi Arabia.

The UN secretary general celebrated Ihsanoglu for contributions of OIC to peace talks in Somalia, and said those efforts also contributed positively to mediation initiatives of the UN concerning the Islam world and Muslims.

In the meeting, Ihsanoglu touched on the looming food crisis and expressed his organization's willingness and readiness to overcome the crisis together with the international society.

On the same issue, Ban Ki-Moon said that long-term and comprehensive endeavors were obligatory to find a radical solution to the problem.

The two secretaries also debated Islamophobia in their meeting, and underlined importance of OIC's efforts to fight against discrimination and intolerance.

They also voiced the need for an international cooperation of UN and OIC to prevent hateful campaigns against religious beliefs and sacred symbols as well as initiatives to provoke hatred against the Muslims.