A group of Islamic states have approved a five-year US$370 million fund to help combat desertification and dwindling agricultural output in Niger. 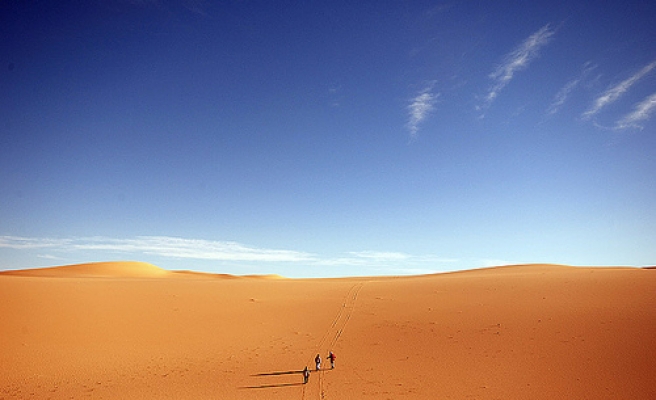 A group of Islamic states have approved a five-year US$370 million fund to help combat desertification and dwindling agricultural output in Niger.

The fund was announced at a two-day international Islamic donors conference held in Doha, Qatar, last week (12–13 June), organised by the Organization of the Islamic Conference (OIC) and the government of Niger.

Out of the US$370 million, Qatar alone has donated US$91 million.

The fund, to be managed in Niger, will support projects in sanitation, the environment and water as well as increasing food production through improving agriculture and irrigation.

Technology and knowledge transfer from more developed African countries will also be promoted, along with organising training programmes to enable scientists to tackle desertification.

"In 25 years, Niger will be covered by desert. Unless we do something now to stop desertification, an estimated three million people will be risking their lives in the next few years," assistant secretary-general of the OIC, Atta El-Manan Bakhit, said at a press conference in Doha.

Niger was invaded by locusts during the 2004 crop season, and the following season was hit by severe drought and disastrous harvests that have left an estimated 3.6 million people short of food.

Barage Moussa, an agricultural biotechnologist at the Niger-based Abdou Moumouni University, welcomed the news, telling SciDev.Net the fund is a good example of south-south cooperation in securing funds for sustainable development.

"Instead of waiting for the partially empty promises made to Africa by members of the G8 countries, developing countries must stand on their own feet by establishing their own funding mechanisms," said Moussa.

Moussa added that as 80 per cent of Niger's population relies on agriculture in the five-month rainy season, the new fund must focus on a long-term strategy for agricultural development by initiating programmes for producing drought, climate change and high temperature-resistant crops. Last Mod: 19 Haziran 2007, 18:15
Add Comment