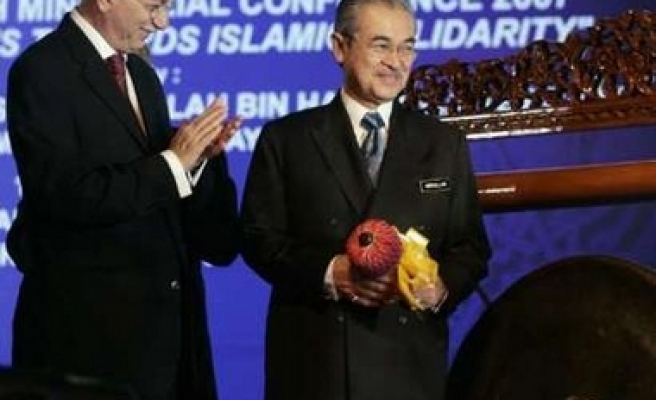 ‘Many of these children suffer diseases such as measles, malaria and respiratory infections, diseases that can largely be averted and prevented,’ Abdullah told the OIC’s inaugural health conference.

‘In western countries, killer diseases like polio are considered to have long been eradicated. In contrast, the polio virus continues to threaten many Muslim countries,’ he said.

He said Muslim nations should band together to develop and produce vaccines which were halal, or permissible under Islam.

‘We believe that the development of halal vaccines would break new ground for promoting public health in Muslim countries,’ he said, adding that it would also alleviate fears among Muslim communities about contamination.

Under the concept of halal, pork and its by-products, alcohol and animals not slaughtered according to Islamic procedures are all ‘haram’, or forbidden.

According to World Health Organisation (WHO) officials at the conference,doubts about the safety of polio vaccine in Nigeria in 2003, led to the reinfection of 27 countries that had become polio free, including Afghanistan and Pakistan.