Organization of the Islamic Conference call to put an end to the isolations imposed on Turkish Cypriots. 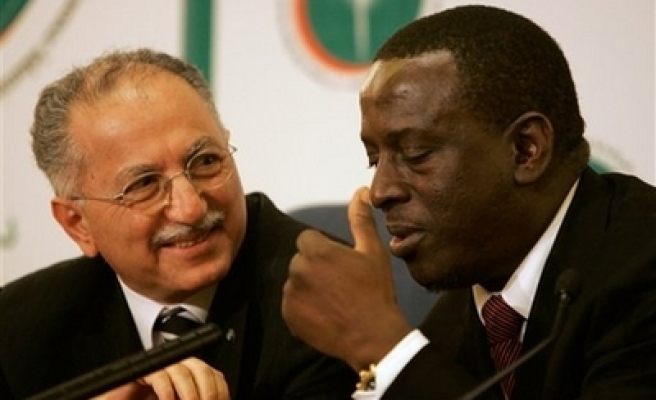 A final communique, issued following the 11th Summit of the Organization of the Islamic Conference (OIC) held in Senegal's capital Dakar, reaffirmed support to Turkish Republic of Northern Cyprus (TRNC).

The final communique referred to the previous decisions of OIC related to TRNC and reiterated the call to put an end to the isolations imposed on Turkish Cypriots. The communique asked for a strong support from the international community to remove the sanctions as the first step.

The final statement indicated that the two parties on the island should have equal rights, underlining that Greek Cypriot side should act towards the solution in line with the U.N. plan.

The communique also put emphasis to boosting relations between the OIC member countries and Northern Cyprus by paying high-level visits, sending businessmen delegation and on areas of culture and sports.

The communique said it was not possible to deal with terrorism without international solidarity and cooperation, and urged international community to assume a mutual stance to define, condemn, and punish terrorists and their supporters.