Prime Minister Tony Blair planned a brief meeting with his Cabinet Thursday morning, hours before he was expected to publicly announce a timetable for his resignation, which would put a new person at the head of the government within weeks. 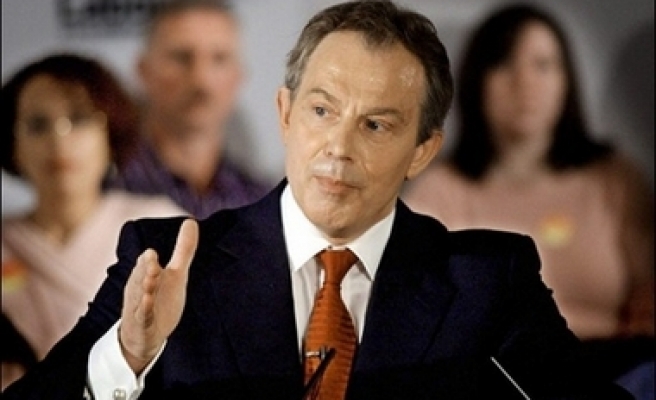 Blair, who marked his 10th anniversary in office earlier this month, was expected to travel to his Sedgefield constituency in northern England to make the public announcement.

It's an announcement that Blair's Labour Party, and the nation, have been expecting for nearly three years, ever since the prime minister said in 2004 that his third term would be his last.

"Today, the beginning of the end," read the front page of The Guardian newspaper.

Treasury chief Gordon Brown, who was Blair's partner in reforming the party as "New Labour" but an impatient rival in government, is the odds-on favorite to be the next prime minister.

Brown has already declared he will be a candidate; at least one opponent from the party's left wing was expected to announce his candidacy Thursday afternoon.

Blair's announcement was expected to trigger a contest to succeed him as leader of the governing Labour Party, and the new leader is likely to become prime minister by early July.

The Iraq war, a police investigation of allegations that the government traded honors for political contributions, and endless questions about when Blair would step down overshadowed his last term in government, after winning the third term in May 2005.

Blair has stopped short of openly endorsing Brown, a stern Scot who has long coveted the top job, but said last week that Brown would make "a great prime minister."

"One of the things I very much hope will be part of the legacy of the government is the strongest economy in the Western world which he has been responsible for," Blair said.

The first term was marked by several significant initiatives: the Bank of England was given the freedom to set interest rates, Scotland and Wales were given regional governments, London gained an elected mayor, and all put 92 hereditary members were ejected from the House of Lords.

In 1998, Blair and Irish Prime Minister Bertie Ahern led successful negotiations for a peace agreement in Northern Ireland, launching a process which reached its culmination earlier this week as former enemies from the Protestant and Catholic communities joined to form a new regional government.

The Iraq war severely dented Blair's popularity. Blair's close alliance with President Bush was unpopular at home, there were mass marches in Britain opposing the U.S.-led invasion before it began, and the government's claims that Saddam Hussein was building an arsenal of weapons of mass destruction proved false.

In recent months, Blair's thoughts have turned to the lessons of his decade in power.

"When I first started in politics, I wanted to please everyone," Blair said during a valedictory tour of the Middle East in December. "After a time I learned that you can't please everyone, and you learn that the best thing is to do what you think is right and everyone can make their judgment."