Olmert: No Jerusalem deal with Palestinians in 2008

U.S. Secretary of State Condoleezza Rice will host a three-way meeting with Israeli and Palestinian negotiating teams in Washington later this week. 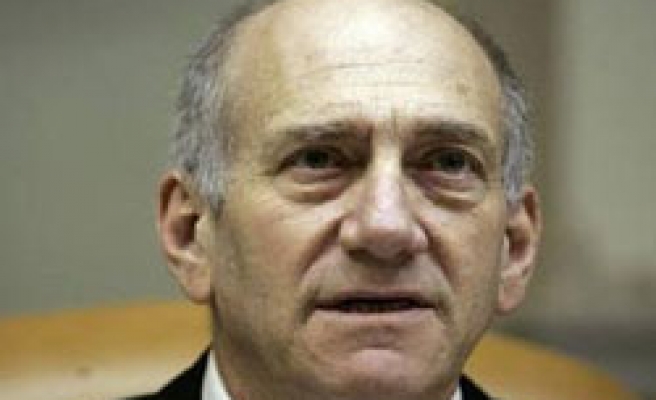 Israeli Prime Minister Ehud Olmert said on Monday a deal with the Palestinians could be reached this year on borders and refugees but not Jerusalem.

Officials said Olmert envisages agreeing a joint document with Palestinian President Mahmoud Abbas that sets out borders for a future Palestinian state, security arrangements and addresses the fate of millions of Palestinian refugees, but leaves out the even more contentious issue of Jerusalem.

"I don't believe that it's possible to reach an agreement on Jerusalem before the end of the year. But on the other core issues, the gaps are not dramatic," an official, speaking on condition of anonymity, quoted Olmert as telling an Israeli parliamentary committee.

In lieu of a deal on Jerusalem, the official said, Olmert proposed a joint Israeli-Palestinian "mechanism" to continue negotiations on the future of the Holy City into 2009.

U.S. Secretary of State Condoleezza Rice will host a three-way meeting with Israeli and Palestinian negotiating teams in Washington later this week.

Abbas has been pushing for a full-fledged peace accord that leaves out none of the final-status issues.