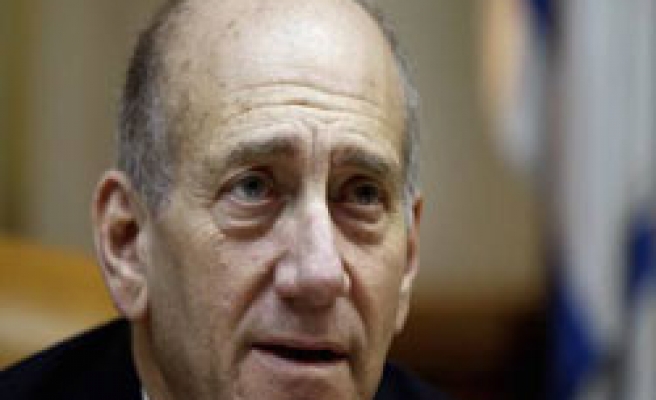 Israeli Prime Minister Ehud Olmert called on Thursday for quickly starting face-to-face negotiations with Syria after a third round of indirect peace talks mediated by Turkey ended with an agreement to meet again.

"With the Syrians, we are talking seriously and, in my estimation, very soon the negotiations will have to be direct," Olmert told an economic conference in the southern Israeli resort city of Eilat. "They will not be able to continue in the mode in which they are currently being held."

The third round of talks between the long-time foes started in Istanbul on Tuesday and ended on Thursday with an agreement to hold a fourth round of indirect negotiations in Turkey in late July, a Turkish government source told Reuters.

At that meeting, the sides will decide whether to move to direct talks starting in August, when the fifth and sixth rounds are scheduled to take place, the source said.

A Turkish foreign ministry statement described the talks, the first in eight years, as constructive. The government source said the negotiators were beginning to discuss "core issues".

There was no immediate comment from Syria or Olmert's office on the latest round of talks.

The talks centre on the fate of the Golan Heights, a strategic plateau which Israel occupied from Syria in the 1967 Middle East war. Damascus is firm in demanding all the Golan.

Olmert has been hazy in public on whether his government would do so, saying only that "difficult concessions" may be required for peace with Syria but that he has made no promises regarding the territory.

Israel, in turn, wants Syria to scale back ties with Iran, Palestinian Hamas and Lebanese Hezbollah. Syrian officials have rejected this precondition.

"The problems are less complex than they appear," Olmert said without elaborating.

He said a peace deal with Syria would have wide-ranging implications for both Israel and the region.

"I think the strategic significance of such a move cannot be ignored," he added.

A diplomatic breakthrough on Syria could also help shore up Olmert at home, where he faces a corruption scandal that threatens to force him from office.

Israeli officials have played down the chances of a meeting between Olmert and Syrian President Bashar al-Assad at a Paris conference later this month.

The last direct talks -- between then Israeli Prime Minister Ehud Barak and Syrian Foreign Minister Farouq al-Shara -- stalled in 2000 in a dispute over how much of the Golan should go back to Syria.