Prime Minister Ehud Olmert sent a new message to Syrian President Bashar Assad, in which "interesting nuances" were included, according to a senior political source in Jerusalem. 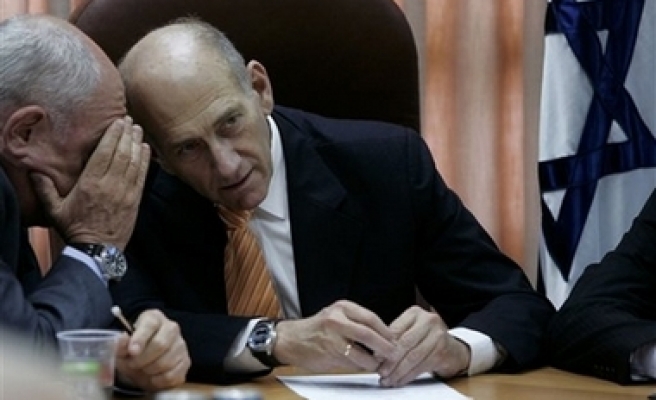 Prime Minister Ehud Olmert sent a new message to Syrian President Bashar Assad, in which "interesting nuances" were included, according to a senior political source in Jerusalem.

The message was sent through Greek Foreign Minister Dora Bakoyannis, who visited Israel on Monday and then traveled to Damascus.

According to a senior political source in Jerusalem, the message was sent through Greek Foreign Minister Dora Bakoyannis, who visited Israel Monday and then traveled to Damascus.

Bakoyannis was said to have told Olmert that she is interested in furthering peace, and in response he gave her a message for Assad. Greece and Syria have had cordial relations for many years.

On Tuesday, Israel Radio quoted unnamed aides to Olmert Tuesday as denying the report. There was no immediate elaboration.

Also responding to the report, Greek Foreign Ministry spokesman George Koumoutsakos, who is accompanying Bakoyannis on her Middle Eastern tour, told Haaretz in a phone interview from Damascus that he was surprised at the news.

"Greece and its foreign minister, Ms. Dora Bakoyannis, are not mediators or envoys in the region. The only message that the foreign minister delivered to the president of Syria is one from the Greek government and the European Union, regarding the need to further peace and stability in the area."

Two months ago, Olmert sent a message to Assad through the Turkish government and another interlocutor, asking whether Damascus would agree to break off its alliance with Iran and cease its support for Hezbollah and Palestinian organizations for the "price of peace" (a return of the Golan Heights).

Last week, American officials told their Israeli counterparts during a periodic meeting of the strategic dialogue forum, that they consider bolstering the government of Lebanese Prime Minister Fouad Siniora a priority, and are worried about Syrian and Iranian efforts to undermine his authority.

The United States has recently offered military assistance in the form of arms and other equipment for the Lebanese army, following the bitter fighting in the Nahr al-Barad refugee camp in the north of the country.

For the first time Monday, Olmert held a meeting of the "Syria cabinet," which was established last week and comprises 11 members of the security cabinet. The Syria cabinet heard intelligence assessments about Syria, its relations in the Arab world, its strategy, its military deployment on the Golan Heights, and the domestic and regional standing of Bashar Assad.

According to the reports, the Syrian army is busy improving its capabilities but its deployments are "defensive," according to a senior political source in Jerusalem.

The meeting Monday focused on intelligence assessments. The IDF's preparations on the Syrian front will be discussed at the Syria cabinet's next meeting, which will take place after Olmert returns from a visit to Washington.

Political sources in Jerusalem stressed yesterday that Israel has no intention of seeking a broadening of UN activities on the Golan Heights. The mandate of UNDOF (United Nations Disengagement Observer Force) will be brought before the Security Council this month for a routine extension.