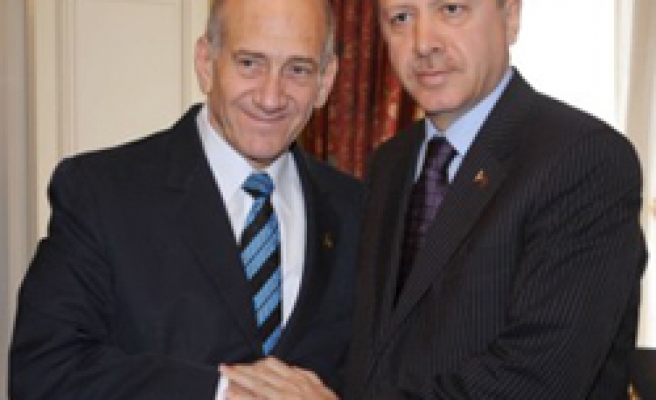 They said Olmert asked Turkish Prime Minister Tayyip Erdogan to pass on the message when Erdogan met Assad shortly afterwards on the sidelines of a Mediterranean Union summit in Paris.

"We said that we believe that we are indeed serious and it's important to move ahead now," Olmert's spokesman Mark Regev said. The two countries announced in May that they have been holding lower-level indirect talks through Turkish mediation.

However, a Syrian goverment source denied that any such message had been delivered to Assad.