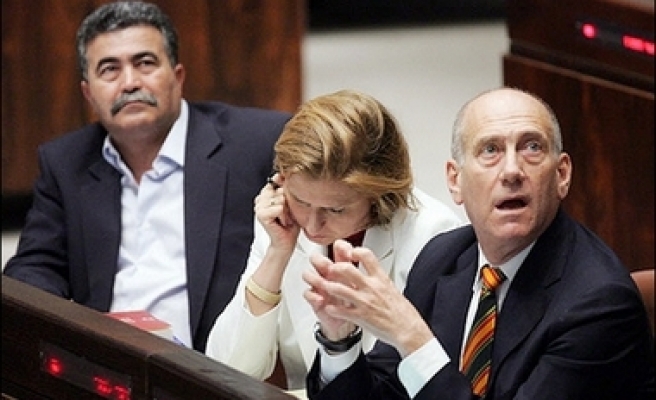 Monday's motions were the latest backlash over a scathing report on Ehud Olmert's handling of the war against Hezbollah in Lebanon last year, but he managed to defeat them by wide margins.

Olmert's government won the three votes by 61-26, 61-28 and 62-28 with between six and nine abstentions in each - a comfortable margin in the Knesset, Israel's parliament, that requires at least 61 votes to force the government to resign.

But the counts revealed fault lines within Olmert's 78-member coalition in the 120-seat parliament, as at least 16 members were either absent, voted against the government or abstained.

The initial findings of the Winograd report on the Lebanon war last week led to a chorus of calls for his resignation and a demonstration of between 150,000 and 200,000 Israelis telling him to go.

Olmert has said he is determined to stay on and correct the faults listed by the commission.

Benjamin Netanyahu, the leader of the right-wing Likud opposition party that lodged one of the motions on Monday, said as he opened the debate: "The people are telling you a simple thing - you have failed. Accept the responsibility and go home."

The former prime minister, whose party would win early elections according to all recent opinion polls, added: "Your errors can only be repaired by new elections."

Despite the political unrest, Olmert's ruling coalition still has a solid majority of 78 seats out of 120 in parliament.

He has also managed to put down a mutiny within his own centrist Kadima party, including calls from key ally Tzipi Livni, the foreign minister, to step down.

Following a closed-door meeting between the two on Sunday, Livni pledged to keep working in an Olmert-led cabinet.

But new trouble could be brewing for the premier within his main coalition partner Labour, observers say.

At the end of May, Labour has a primary election, where Amir Peretz, the defence minister - also a target of the Winograd commission report - is likely to be replaced.

The leading candidates to take over the party have indicated that if they win, they would pull their 19 seats out of Olmert's government, leaving his coalition with 59 seats - two short of a majority. Last Mod: 08 Mayıs 2007, 10:03
Add Comment