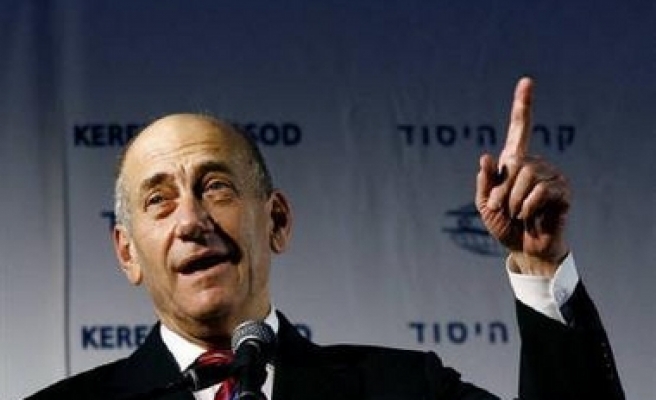 The Cabinet was expected to approve Olmert's proposal ahead of his meeting in Egypt Monday with Abbas, President Hosni Mubarak of Egypt and King Abdullah II of Jordan.

The summit is designed as a high-profile display of support for the Palestinian president against his Hamas rivals, who seized control of the Gaza Strip earlier this month.

The main proposal at Sunday's Cabinet meeting was a gradual release of some $550 million in tax money that Israel has withheld from the Palestinians since Hamas swept Palestinian parliamentary elections in January 2006.

"We are raising at today's Cabinet meeting a proposal to unfreeze funds we have been holding for a long period, Palestinian funds, in order to support in a phased process the new Palestinian government, which is not a Hamas government," Olmert told his ministers.

Israel collects the money — mostly customs duties "on behalf of the Palestinians. Without the money, the Palestinian government has been unable to pay the salaries of its workers.

The Cabinet also was expected to discuss the removal of some of the hundreds of roadblocks Israel has erected throughout the West Bank. "