Olympics-Games protesters must apply 5 days ahead

Critics of China's policies in Uygur, Tibet and its restrictions on media and political activism, have long said the Beijing Games should be a platform for voicing their causes. 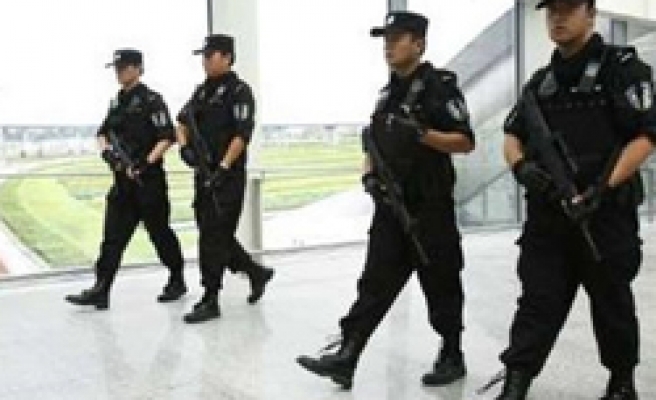 Accused by critics of stifling dissent ahead of the Games, China recently said three parks in Beijing may be used for officially-approved demonstrations.

Critics of China's policies in Uygur, Tibet and its restrictions on media and political activism, have long said the Beijing Games should be a platform for voicing their causes.

But Liu Shaowu, security chief of the Beijing Games Organising Committee (BOCOG), spelled out the hurdles facing potential demonstrators in a statement issued on an official Games news website (www.beijing2008.cn) on Saturday.

And he reminded potential applicants of the country's broad ban on gatherings that authorities call "harmful".

"Assembling to march and protest is a citizen's right. But it must be stressed that when exercising this right, citizens must respect and not harm others' freedoms and rights and must not harm national, social and collective interests," Liu said, according to the China News Service.

Police must tell applicants whether approval has been given at the latest two days before the planned protest, Liu said. If there is no police answer, protesters can take that as approval.

Chinese police rarely, if ever, approve even small protests. The country's 1989 law on protests carries a sweeping ban on any that authorities say threaten national unity or stir ethnic discord -- making it especially unlikely that Uygur protesters have any chance of approval.

Nor can protests offend the country's constitution, which sets in stone Communist Party rule.

But the Chinese government apparently hopes that designating the parks as protest zones will blunt claims that critics have no venue during the Games.

Two Chinese activists told Reuters they plan to test city authorities' sincerity and apply to protest, without holding serious hopes of approval. They both requested anonymity, fearing publicity would doom their applications.

"Regulations are regulations. The key will be whether they actually approve any protests and which ones," said Teng Biao, a human rights lawyer living in Beijing. "Over the past 18 years tens of thousands of people must have applied, but at most a handful won approval."

Teng said he believed some applications for Games protests have already been denied.

But Fang Ning, a researcher with a Beijing thinktank who has advised the government on Games security issues, told Reuters that some gatherings may be allowed.

"Given that they have announced these parks, I think the government will want to show that citizens have scope to use them," he said. "China wants to show it is progressing in human rights."

The International Olympic Committee President Jacques Rogge said on Saturday that athletes had the right to express their opinions, in line with the Olympic charter but should not do so in the athletes' village or sports venues.