One in 10 had 'silent strokes': US group study

Stroke is the No. 3 cause of death in the United States, behind heart disease and cancer. 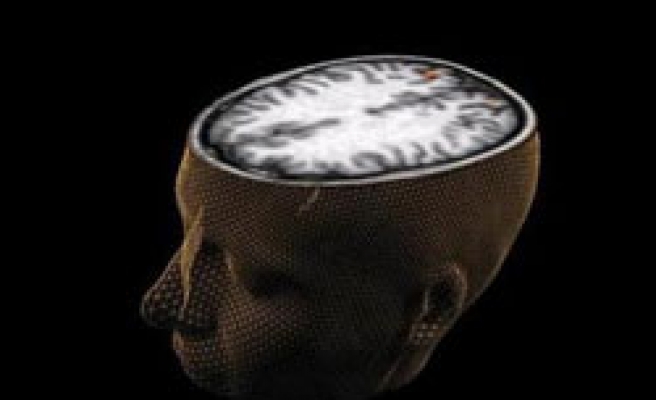 Routine brain scans in a group of middle-aged people showed that 10 percent of them had suffered a stroke without knowing it, raising their risk for further strokes and memory loss, U.S. researchers said on Thursday.

People with atrial fibrillation, the most common type of irregular heart beat in people over 65, had more than twice the rate of these silent strokes, they said.

Silent cerebral infarctions or SCIs are brain injuries caused by a blood clot that interrupts blood flow to the brain.

"The findings reinforce the need for early detection and treatment of cardiovascular risk factors in midlife," Dr. Sudha Seshadri of Boston University School of Medicine and colleagues wrote in the journal Stroke.

"This is especially true since SCIs have been associated with an increased risk of incident stroke and cognitive impairment," they wrote.

The researchers based their findings on routine magnetic resonance imaging or MRI scans from about 2,000 people with an average age of 62.

They were the children of participants in the long-running Framingham study -- a study of the health and habits of nearly an entire town in Massachusetts. People in this so-called Framingham Offspring Study had medical exams every four to eight years.

Brain scans of these people found that 10.7 percent had a stroke even though they showed no stroke symptoms. Of these, 84 percent had only a single lesion in the brain.

The researchers then looked back to their medical records to see if these people had a risk profile that might predict a stroke.

Three percent to 5 percent of people over 65 have this problem.

The study could not determine whether treating atrial fibrillation would reduce the risk of silent stroke, the researchers said.

About two-thirds of people over the age of 65 have high blood pressure, according to the National Heart, Lung, and Blood Institute. High blood pressure has long been implicated as a risk factor for silent strokes.

"Although previous studies have also reported a significant association of hypertension and tHcy (total homocysteine), ours is the first study to our knowledge to demonstrate a significant relationship between atrial fibrillation and SCI," the researchers wrote.

Warning signs of a stroke include changes in balance, slurred speech or a droopy face, weakness in one side, partial vision loss and severe headache, according to the American Stroke Association.

Stroke is the No. 3 cause of death in the United States, behind heart disease and cancer.