At least 23 Muslims have been killed and over 500 injured in Indian securities clashes over Muslim protesters, trying to break economic siege by Hindus, this week, hospital records show. 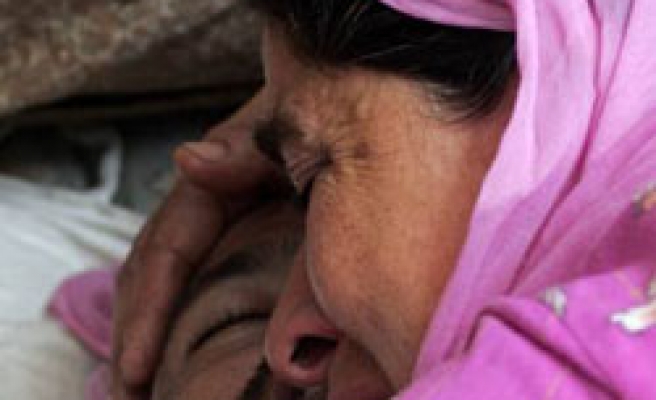 Police shot dead one Muslim protester as huge crowds shouting "we want freedom" took to the streets of Kashmir on Thursday over a land row that is testing New Delhi's hold on the troubled Himalayan region.

Seven other demonstrators were wounded when police opened fire to disperse protesters in downtown Srinagar, the summer capital of Kashmir.

Thousands of Muslim protestors chanted "We want freedom" poured onto the streets during the night in defiance of a curfew in the revolt-hit region on Thursday.

Braving a curfew, thousands of Muslims streamed outside bellowing "We want freedom" and "Allah is great," reviving memories of the early 1990s when protests went on all night in support of Muslims.

At least 23 Muslims have been killed and over 500 injured in Indian securities clashes over Muslim protesters, trying to break economic siege by Hindus, this week, hospital records show.

The protests are some of the biggest since a revolt against New Delhi broke out in the region 20 years ago.

A curfew remained in force in many parts of the state, but the protests seemd not to have spread elsewhere.

"I strongly condemn the reign of terror let loose by the Indian forces against the besieged people of Kashmir," said Mohammed Yasin Malik, who led a protest in Srinagar.

"Indian troops can not suppress our struggle."

The dispute began after the Kashmir government promised to give forest land to a trust that runs Amarnath, a cave shrine visited by Hindu pilgrims. Many Muslims were enraged.

The government then rescinded its decision, which in turn angered Hindus in Jammu who attacked Muslims' lorries carrying supplies to Kashmir valley and blocked the region's highway, the only surface link with the rest of India.

Challenging the blockade, Kashmiris took to the streets.

"The Indian government should order troops and police to refrain from using lethal force against violent protesters in Jammu and Kashmir unless absolutely necessary to protect life," it said.