'One of the captives is dead' 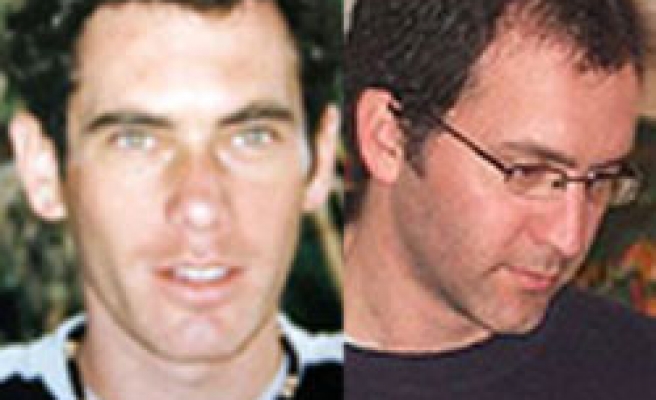 With preparations for imminent prisoner exchange deal nearly complete, Lebanese daily close to Hizbullah reports that either Regev or Goldwasser died during their abduction, condition of second captive remains unknown. Hizbullah also said to have film of raid.

Lebanese daily 'al-Akhbar' reported on Tuesday that one of the captive Israeli soldiers, either Ehud Goldwasser or Eldad Regev, was killed during Hizbullah's raid on their patrol convoy on July 12th 2006.

The paper, which has close ties with Hizbullah, said reliable sources have been unable to ascertain the condition of the second reservist.

This report joins numerous others from the past several days claiming Israel "is in for a big surprise when the deal goes through, as one of the soldiers is still alive," said the reports circulating Arab media sites.

"This surprise will prove to Israel the extent of its failure to determine the fates of the captives till the very last moment," the reports said.

The reports should not be taken at face value. Their objective appears to be emulating Hizbullah's modus operandi during the last exchange deal, when the organization held the bodies of the three soldiers abducted from Har Dov in 2000.

"We have three living soldiers who may die," Hizbullah Secretary-General Hassan Nasrallah announced at the time.

However it was later determined that the three soldiers had been killed during the original attack on their vehicle.

Meanwhile, al-Akhbar also reports that Hizbullah documented the cross-border raid to abduct the soldiers and has footage of the operation.

"The film stunningly showcases the success of the organization's fighters in achieving their objectives, in record time and without casualties," Lebanese sources told the paper.

Hizbullah is said to be considering whether or not to release the tape.

Al-Akhbar also provides a detailed account of the raid from Hizbullah's perspective. According to the paper, the attack force included a number of cells. The first was to target the patrol with mortar and rocket fire. The second cell then moved in to attack with light firearms and machine guns. Another cell was instructed to bomb military facilities "with a direct connection to the abduction operation" in Israel.

The fourth cell was charged with crossing the border and, using special gurneys, transported the captives to a civilian vehicle brought to the site earlier.

The car then sped to a predetermined point, where it rendezvoused with another vehicle and transferred the captives there. At this point, the paper reports, it was already clear that one of the soldiers was dead.

The gunmen who carried out the operation had been trained to fire towards armored vehicles in a manner that would not kill all their passengers, the paper continued.

They were also trained to force the Hummer's doors open, should these be locked from the inside.

The Hizbullah force initially fired three RPG rockets towards the vehicle carrying Regev and Goldwasser, and the rockets hit the side the two of them were sitting at.

According to the report, two soldiers managed to get out of the car and flee to a nearby wooded area, while the Hizbullah cell crossed the border and extracted Goldwasser and Regev from the car.

A second Hizbullah team moved in once the first had removed the captives from the scene and after dousing the Hummer with gasoline, set fire to it in the hopes of making it impossible for Israel to determine whether those hit had survived.

Prime Minister Ehud Olmert told cabinet ministers that all the intelligence information in Israel's hands at present time indicates that both Goldwasser and Regev are dead, having either been killed during the abduction raid itself or shortly thereafter of their wounds.