Young Muslims are finding answers to their religious questions online. For inquiries that might not be directly answered by the Quran, Muslims turn to imams for advice. Dozens of Internet imams have emerged. 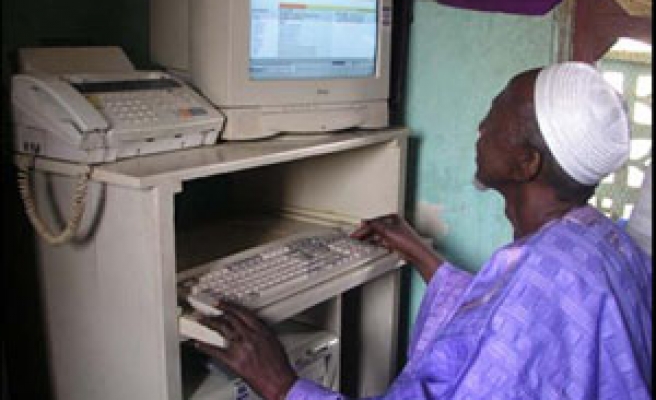 A young Muslim from the United States earnestly asks: "I have been wanting to get a tattoo of the crescent moon and star, then found out it is against Islam to get a tattoo. But what if the tattoo is religious?"

"Is it permissible for a Muslim to play in the NHL?" asks another from Canada.

And from South Africa comes "Is it permissible for a Muslim to sell cigarettes, tobacco or such related products?"

The answers, according to Imam Mufti Ebrahim Desai, are, "No," "No" and "It is makrooh" -- meaning allowed but frowned upon.

Desai, an imam -- a Muslim spiritual leader --in Camperdown, South Africa, doesn't give his answers in a meeting outside his mosque or in his office. Rather, he offers them on his popular site, http://www.ask-imam.com.

Increasingly, young Muslims are finding answers to their religious questions online. For inquiries that might not be directly answered by the Quran, Muslims turn to imams for advice. Dozens of Internet imams have emerged.

"Islamists were the earliest adopters of the Internet," said Deborah Wheeler, a professor at the U.S. Naval Academy. "Even in 1997 in Kuwait, I found imams using the Internet to convert people to Islam and to reach out to fellow Muslims with knowledge and advice."

Wheeler, who has written essays about Muslim cyberpractices, says the advice sites began popping up in the late 1990s.

The anonymity of the Web makes it easier for some to ask questions online than at a mosque.

"I think it's very positive, especially for our youth," said Mohammed Abdul Aleem, chief executive officer of Islamicity.com, which features an imam advice forum. "There are so many issues coming up, as Muslims living in the West, that they may not want to ask their parents or local imam. They feel more comfortable asking online."

Aleem and several friends started their site in 1995. They decided it would be a place for all Muslims, both Sunnis and Shiites. In 1996, they added the advice column.

When Muslims entered the online world "at an early stage, some people had reservations," said Dani Doueiri, a co-founder of the site and an Islamic scholar at California State University at San Bernardino. "Some thought the Internet was the work of the devil and was just for pornography and gambling."

Some people are uncomfortable with sites posting answers to very private questions, particularly those that are sexual in nature, Doueiri said.

But Doueiri, who answered more than 50,000 questions for the site, says that because these issues are dealt with in the Quran, he sees no problem with posting answers online.

"If God made it public, why make it unpublic?" he said.

Aleem and his partners decided that the imams would not issue fatwas, which are legal Islamic edicts. But other sites, including Desai's Ask the Imam, do.

Some have criticized Desai and others for issuing fatwas online. Many see these Web sites as trampling on the old system of how knowledge is passed on within the community.

Wheeler agrees that the Web has disrupted centuries of tradition. The faith has always relied on a chain of transmission of Islamic knowledge and authority. In the past, entire books tried to determine unreliable sources or transmitters of knowledge, Wheeler said. Today, that authority is much more fragmented.

Besides being an outlet for sensitive inquiries, the Ask the Imam site helps Muslims living in remote areas where there is no mosque. Douieri said he had received questions from Muslims living in towns of fewer than 200 people.