A opposition lawmaker and staunch critic of President Gen. Pervez Musharraf was banned from traveling to Karachi on Sunday because of his "provocative" statements about deadly violence in the southern port city, officials said. 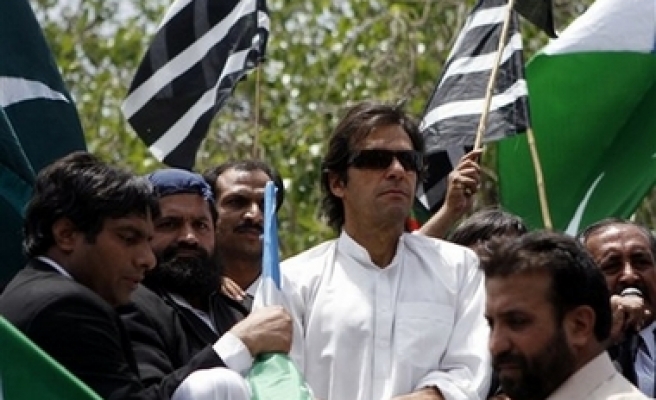 A opposition lawmaker and staunch critic of President Gen. Pervez Musharraf was banned from traveling to Karachi on Sunday because of his "provocative" statements about deadly violence in the southern port city, officials said.

Imran Khan, a former cricket star, was barred from taking a flight from Lahore to Karachi, said Omar Cheema, a spokesman for Khan's Tehreek-e-Insaf, or Movement for Justice party.

Khan has accused the Mutahida Qaumi Movement, or MQM, a Karachi-based party allied with Musharraf, of stoking violence in the city during a visit by suspended Chief Justice Iftikhar Mohammed Chaudhry on May 12. Some 41 people were killed and dozens were injured, many from gunfire.

The government of southern Sindh province, of which Karachi is the capital, banned Khan on Saturday from entering the province, saying his visit could spark fresh violence, police said.

"The action was taken in view of his provocative statements which caused unrest in Karachi," said Azhar Faruqi, chief of police in Karachi. "There was fear that if he arrives and continues to speak in the same manner it may cause a law-and-order problem."

"All this is being done at the behest of the federal government," Cheema said, condemning the ban on Khan.

The government of Punjab province has banned Khan from leaving Lahore for three days but he is not restricted to his home. In Karachi, he was to offer condolences to families of those who died in the May 12 violence and attend a political meeting in the nearby city of Hyderabad, Cheema said.

Chaudhry, who was scheduled to speak at several meetings with lawyers in Karachi on May 12, could not leave the airport as violence raged in the city. Opposition groups accused armed MQM activists of attacking the judge's supporters who had turned out to welcome him.