People who decide to tackle stroke recovery as a challenge will tend to do better than those who feel "helpless or hopeless," says the doctor. 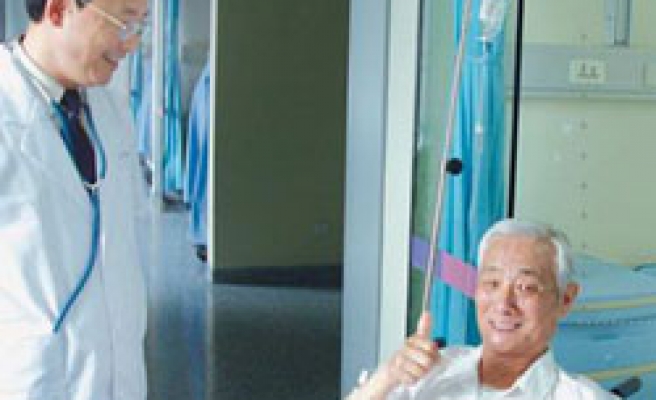 Stroke patients who have a positive outlook function better on their own three months after leaving the hospital than stroke survivors with a gloomier attitude, new research shows.

This greater independence translates to requiring less help with activities of daily living such as bathing and preparing food, report Dr. Glenn V. Ostir of the University of Texas Medical Branch in Galveston and colleagues.

"Being as independent as you can is very, very important" for people recovering from a stroke, Ostir told Reuters Health, and it also makes a big difference in quality of life for the families of stroke survivors. "Positive emotion, however it's defined, is really important to a person's health. It helps them on so many different levels."

There is a growing body of evidence linking positive emotions to better health, but less is known about how looking on the bright side might affect recovery from illness or a medical event such as a stroke, Ostir and his colleagues write in the journal Psychosomatic Medicine.

To investigate, the team surveyed 823 male and female stroke patients 55 and older who were recovering in the hospital, and followed up with them three months after they were discharged.

Their scores on a 12-point positive emotion summary test were directly tied to where they ranked on a standardized test called the Functional Independence Measure (FIM) three months later. With each one-point increase on the positive emotion test, patients' FIM scores also rose about a point, the researchers found.

People who decide to tackle stroke recovery as a challenge will tend to do better than those who feel "helpless or hopeless," Ostir noted. They are probably more likely to show up for rehabilitation appointments, for example, and individuals with a positive outlook may also tend to have stronger social support networks, he said.

While people are born with a certain temperament, environment plays a key role in outlook as well, Ostir noted, so people who tend towards negativity don't have to be doomed to a lifetime of thinking that way.

"We do have some control over our health and well being, and it's better to have a positive outlook on life than not," he said.